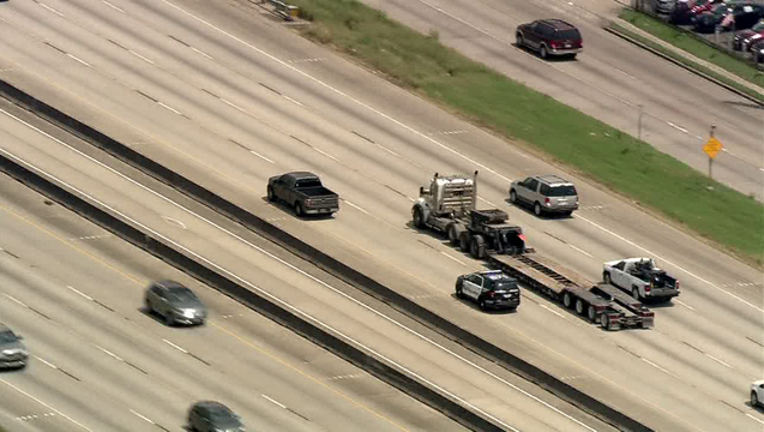 HOUSTON (FOX 26) - A driver and a passenger were taken into custody after a police chase that lasted half an hour in southeast Houston.

The chase began around 11:20 a.m. near Tavenor Lane and Clearwood Drive. Police vehicles could be seen following a dark gray pickup truck.

A driver and a passenger were placed in handcuffs.