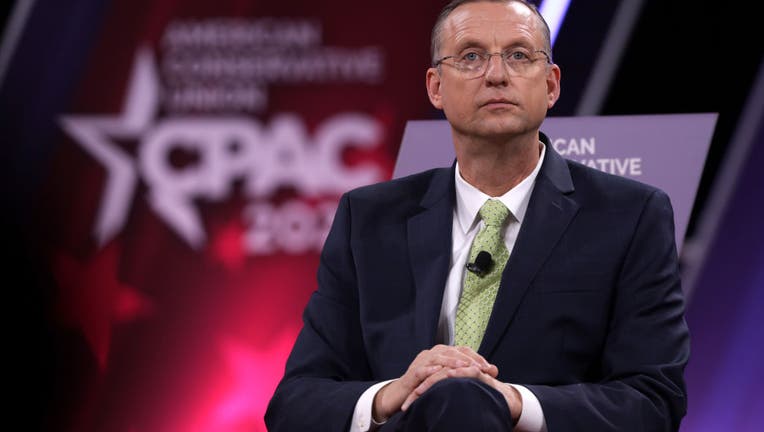 ATLANTA - Former U.S. Rep. Doug Collins announced that he will not run for U.S. Senate or any other public office in Georgia's next election.

Collins, a four-term congressman and one of Trump's fiercest defenders during the former president's impeachment fights and state recounts, said in a statement Monday that it was "goodbye for now but probably not forever."

It was speculated that Collins could challenge Democratic Sen. Raphael Warnock. Collins had previously ran in the special election to fill form Rep. Johnny Isakson's seat but lost a place in the runoff to Warnock and fellow Republican Kelly Loeffler.

"I do plan on staying involved in shaping our conservative message to help Republicans win back the House and the Senate and help more strong conservative candidates get elected here in Georgia," Collins said. "I believe that we, as conservatives, must be able to clearly communicate our values and I will help keep that fight going along."

So far, two Republicans have actively thrown their hat in the ring to challenge Warnock, who has reportedly raised millions since his victory in January. Earlier in April, Republican businessman Kelvin King announced his candidacy. That was later followed by Republican Latham Saddler, a U.S. Navy veteran who served in the Trump White House as Director of Intelligence Programs on the National Security Council.

Former Sen. David Perdue had previously filed to run in February but announced that he would not run less than 10 days later. Former Sen. Kelly Loeffler, who lost the runoff to Warnock, has not said that she will run, but has made comments that a rematch is "certainly on the table."

Trump had previously called on UGA football star and former NFL player Herschel Walker to run. Walker has previously said he developed a "deep, personal friendship" with Trump dating back to 1984 when the former president purchased the New Jersey Generals of the now-defunct United States Football League.

"Wouldn’t it be great if the legendary Herschel Walker ran for the United States Senate in Georgia?" Trump wrote in an official statement. "He would be unstoppable, just like he was when he played for the Georgia Bulldogs, and in the NFL. He is also a GREAT person. Run, Herschel, Run!"