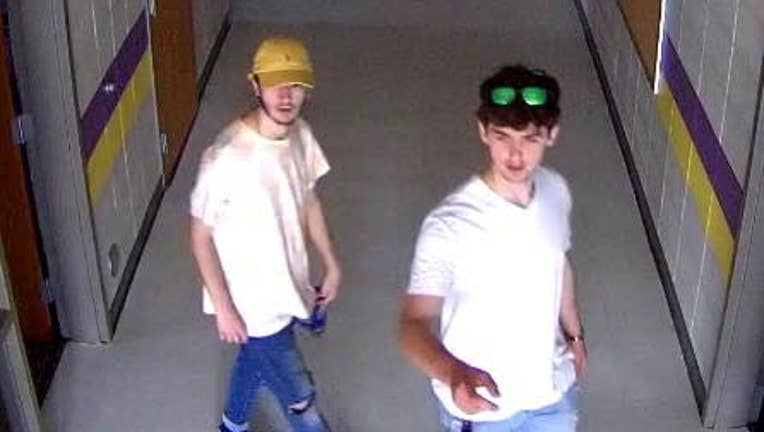 Deputies were called out to Washington park elementary school on June 26th after receiving a call of vandalism. Stephanie said when they arrived they found vulgar messages written on the boards in the school.

After reviewing the school's surveillance video they found that the pair had actually broken into the school on June 14. Deputies said while inside the two suspects wrote on whiteboards damaged an American flag, and ate ice cream chips and soft drinks