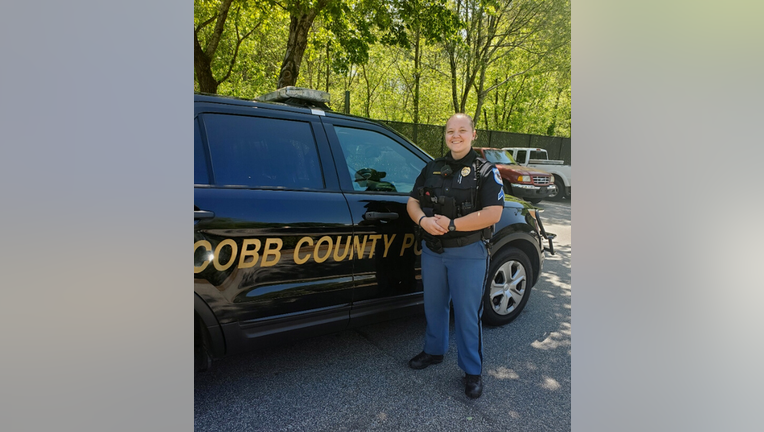 Police said Borough initiated an investigation and contacted the property owner, who said no one had permission to be on his property or move any vehicles.

Police said Borough identified a suspect and secured an arrest warrant. Borough's investigation revealed 19 vehicles and four tractors were in the process of being loaded and towed from the property, officials said.

"Officer K.B. Borough showed dedication and commitment to the community and citizens of Cobb County in her relentless search seeking out the facts and the truth," the Facebook post said. "Great Job, Officer Borough!!!