Markesha Ramirez woke up Monday morning to find the window of her SUV smashed out. She soon realized she wasn't alone. 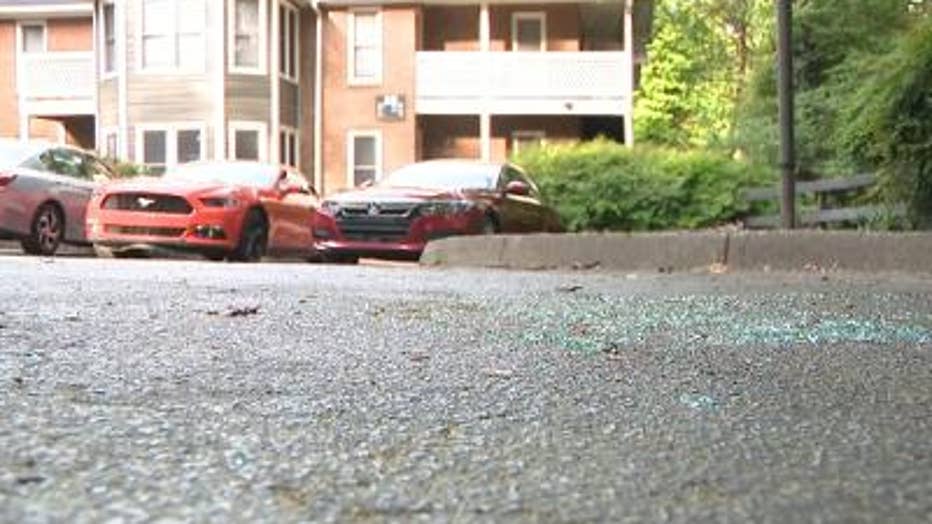 In every case, the front passenger window was smashed. Residents said they had valuables in their cars that were left behind, leading them to believe the thieves were looking for guns.

"They left my console open, that's where people usually keep their guns, but I don't have any guns!" said Ramirez.

She said at least one of her neighbors did have a weapon stolen.

"A lot of people store handguns and leave them in their vehicles. That's the number one place criminals get stolen handguns from," said Cobb County Police Sgt. Wayne Delk.

"A lot of times we see when these crews come through they hit a number of places in one area," said Sgt. Delk. 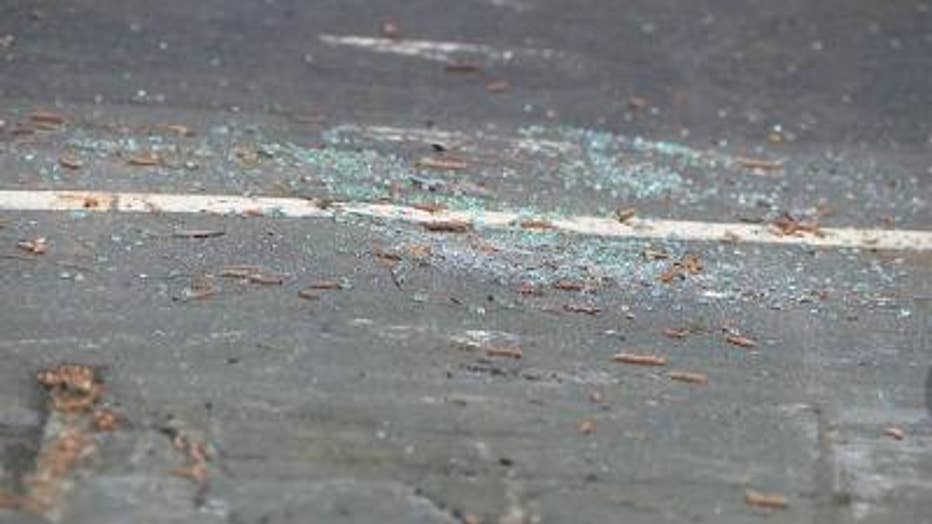 That's what happened Monday morning when at least two apartment complexes were hit. 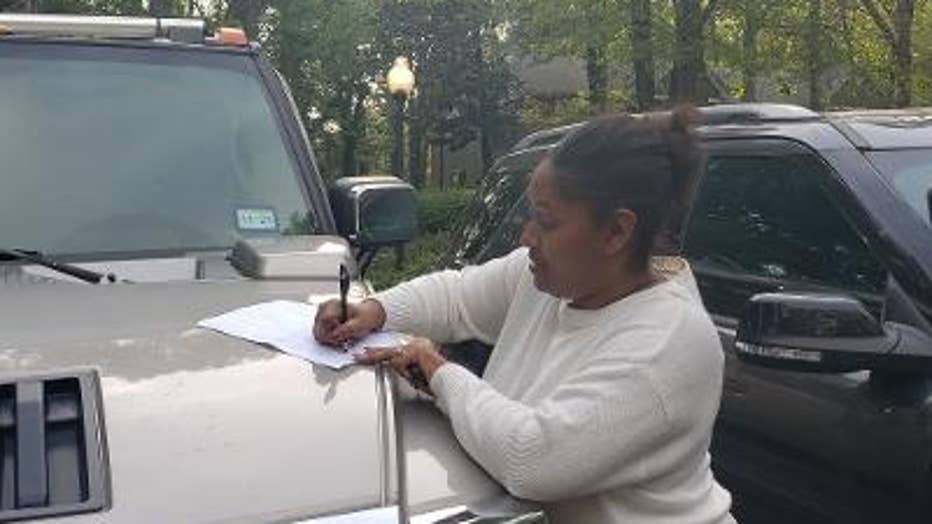 Ramirez said police found her daughter's hoverboard that was stolen out of her SUV at the complex across the street. She said it's good to have that back, but she's still irritated and decided to write a note to anyone thinking about breaking into her vehicle. It reads: "This vehicle does not have any guns or valuables for you to steal. Please leave it alone". 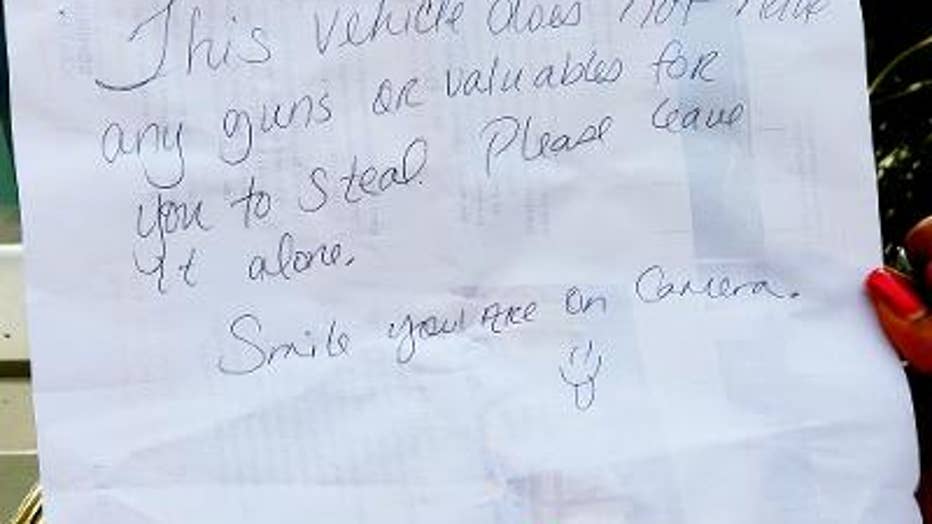 Cobb County police said their advice is to "Lock, Take, Hide." Lock the doors, take the keys and valuables out of the vehicle or at least hide them in the trunk.