Athens-Clarke County police are revealing more of the disturbing details surrounding Debbie Collier's death. She is the woman who was found naked, partially burned, dead and "grasping a small tree" in the woods.

HABERSHAM COUNTY, Ga. - Slain Georgia woman Debbie Collier posted a series of selfies after she said she "face planted" on a sidewalk in December 2020 — long before she went missing under mysterious circumstances and was found dead in the woods 60 miles from her Athens home.

"Look what I did to myself when I face planted on the concrete sidewalk," the Facebook caption reads. "I do not have any eye makeup on the right eye."

DEBBIE COLLIER DISAPPEARANCE AND DEATH: WHAT WE KNOW

The images show scrapes and bruising around Collier’s right eye and her forehead.

A spokesperson for the Athens-Clarke County Police Department told Fox News Digital that he had no record of any domestic calls involving Collier or her husband or any made to their address.

Dr. Emma Lew, a former Florida forensic pathologist, said the root of the injuries could be identified only in general terms but "would be consistent with a fall."

The damage was caused by something "hard and relatively flat, at least the portion of the object that came into contact with her."

Habersham County deputies launched a homicide investigation earlier this month after finding Collier’s remains — stripped naked and partially burned — tossed down an embankment a quarter-mile away from her rental car. The 59-year-old real estate office manager was clutching at a tree and had "charring" on her abdomen, according to police documents.

Investigators on Wednesday evening revealed that they have no evidence to suspect her death involved either a kidnapping or suicide. A spokesperson for the sheriff’s office did not immediately respond to a request for comment Thursday afternoon.

Collier went missing on Sept. 10 after reportedly sending her daughter $2,385 over the Venmo app and a cryptic message reading, "They are not going to let me go love you there is a key to the house in the blue flowerpot by the door." Her daughter and husband reported her missing that afternoon. 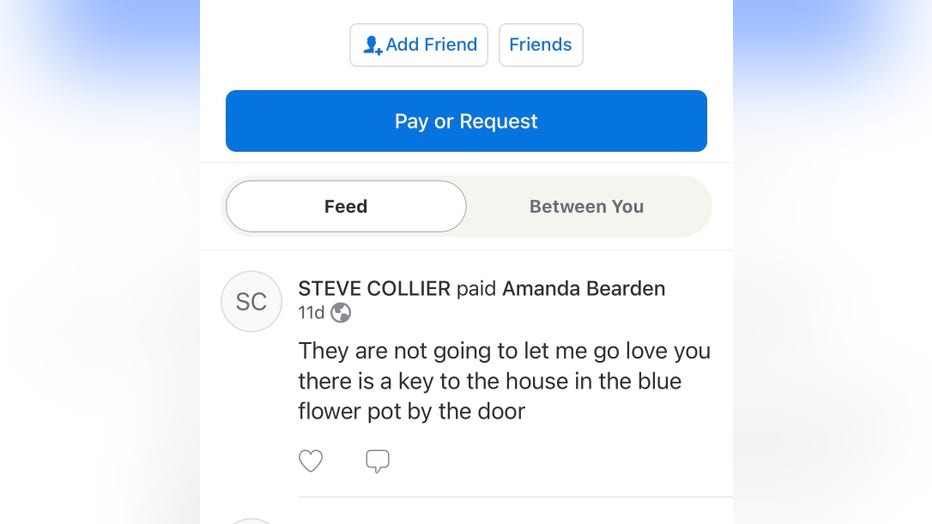 A review of the daughter’s Venmo account found that beginning in early August, she received several transfers from Steve Collier — and it appears as though Debbie and Steve Collier shared the account.

On Aug. 2, the first payment included the note, "To: Amanda Bearden From: Debbie Collier."

The daughter, Amanda Bearden, told police the final message, with the $2,385 payment, "scared her" and that it was "unusual" for her mother to leave without telling anyone. She and Steve Collier alerted police and filed a missing-person report.

Investigators used a SiriusXM radio in Collier’s rental car to track it to a highway 60 miles away in Clarkesville, Georgia, near where a Habersham County K-9 unit found her remains. Collier was using a rented Chrysler Pacifica because her own vehicle was in the shop, according to the missing-person report. 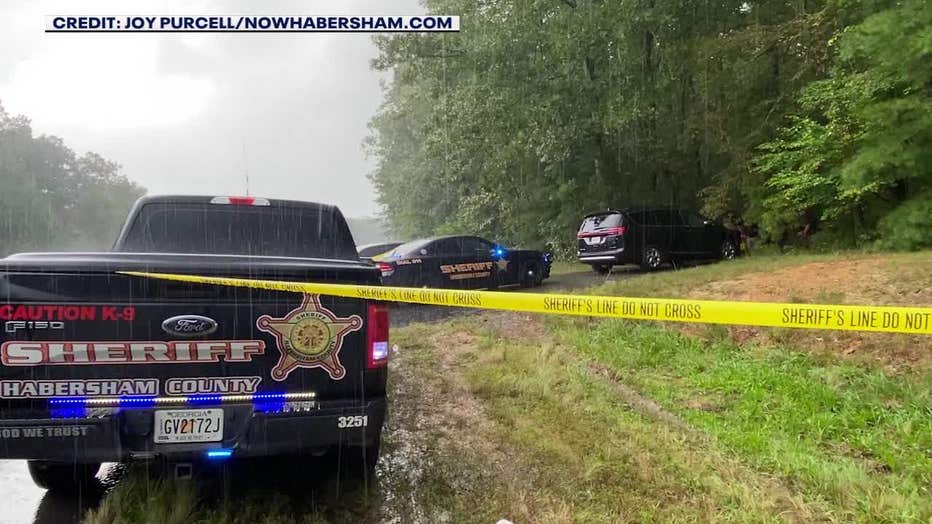 Anyone with information on Collier’s case is asked to contact Habersham Sheriff’s Investigators Cale Garrison or George Cason at 706-839-0559 or 706-839-0560, respectively.

Get the latest updates to this story on FOXNews.com