An Atlanta woman is heartbroken after her father, Jerry Glover, was gunned down in a parking lot. She pleas for information that leads to a suspect and an arrest. She and her younger brother are shocked a week later.

ATLANTA - A woman is left heartbroken after her father was gunned down in a parking lot. Nearly one week later, Diamond Glover said Atlanta detectives still need your help to find his killer.

"My dad was not a statistic. He was my dad. He was mine," Diamond said.

Diamond is the oldest of his two children.

"My dad was just a great man. He was always present. He always show up. He showed out. He was active in our lives," Diamond said.

Unfortunately, now Diamond and her younger brother are only left with memories of those times the 43-year-old was present in their lives. 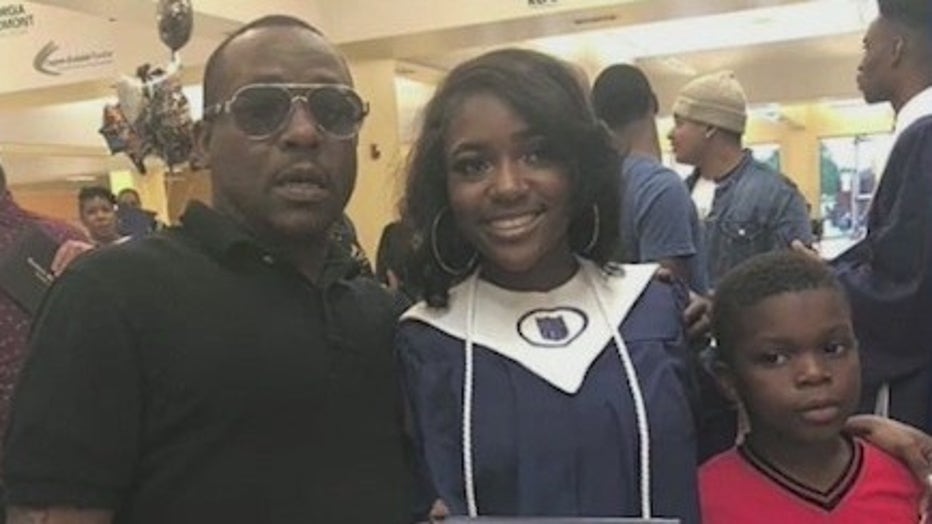 Officers found Jerry Glover shot to death at an apartment complex on Stone Road in Atlanta. His daughter, Diamond, said he was loved and hard-working.  (FOX 5 Atlanta)

"My dad is such a loved soul by so many people. It's very unfortunate that he was taken from us the way that he was," she told Reporter Brian Hill.

Investigators say it was right after 11 p.m. last Thursday when someone called them to the Royal Oaks Apartments in southwest Atlanta.

"Utter shock initially, disbelief. I was in a state of, 'This can't be happening.' I felt like I was in a bad dream, "Diamond explained.

It was in this parking lot where officers found Glover shot to death near his car.

Diamond said her father lived at the complex on Camp Creek Parkway near Stone Road.

"It was so out of the blue. My dad was loved by so many people. He was a very quiet man, very to himself," Diamond said.

He had just started his own mobile detail and car wash business with her 12-year-old brother.

His family has set up a fundraiser to help cover funeral expenses. If you know anything about Glover's death or any violent crimes in the city, call Crime Stoppers.