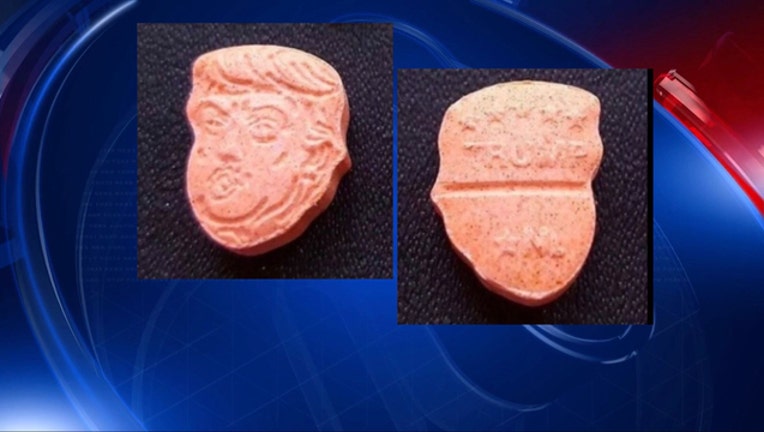 Deputy Trent Hastings told FOX 5 the car driven by Diangilo Bell was flying down Interstate 85 until he saw the patrol car.

When the deputy pulled Bell over, he says a search led to the discovery of 3 kilograms of meth in a backpack.

But that wasn't all.

The deputy also reported finding ecstasy pills shaped like President Donald Trump's head. The pills even had the president's name stamped on the back.

Officials say Bell was previously wanted for two federal probation warrants on charges of aggravated assault and firearms possession, which at the time he protested to deputies was all a big misunderstanding.

Bell is currently being held in the Coweta County jail without bond charged with trafficking in meth.