Mason was diagnosed with a fast-growing brain cancer in the fall and has been undergoing treatments ever since. His family has been overwhelmed by the support from the community who have rallied behind him to help him beat the odds.

DAWSON COUNTY, Ga. - A metro Atlanta teenager going through a battle with brain cancer is seeing an unbelievable show of support from the community. Mason Palmour, 16, was diagnosed with Glioblastoma around the holidays. Since then, the people around him have wasted no time rallying behind him to help him beat the odds.

"Mason is extraordinary and he always has been," Robert Palmour, Mason's dad said.

"He's just one of a kind and I've said it so many times, he's just the sweetest, sweetest ever," Alison Palmour, Mason's mom said.

"You never know, and that's why we have to take every single day of life. Because you don't know. You could be perfectly fine and then, bam," Alison Palmour said.

Mason's battle with cancer started in the fall with a spasm in his toe, which then grew.

"His whole foot from his ankle down would twitch a couple of times. I didn't know it had gotten like this," his father recalls.

The family made an appointment to see a neurologist, but before they made it, Mason lost control of his right side one day, and fell getting out of the shower. His parents rushed him to the emergency room. 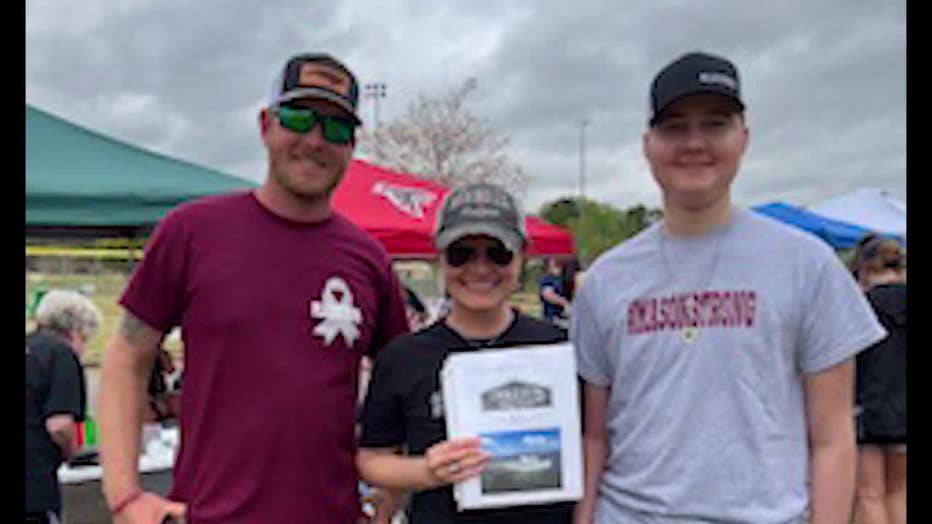 "He went through about three and a half weeks of tests and rehabilitation. We stayed in that hospital for I think almost a month before. The week before Thanksgiving they finally discharged us." Robert Palmour said.

Doctors initially found a blood clot, and Mason was on his way home.

Shortly thereafter, the 16-year-old had a bad headache.

"He looked at me and said 'I don't feel right.' I packed him up just to get everything checked out," Robert Palmour recalled.

That's when an MRI showed the Grade 4 Glioblastoma.

Mason has been undergoing treatments, and his family is trying other treatments not covered by insurance which come at a big expense. The community surrounding them in Dawsonville and beyond has stepped up to help.

"The sponsorships from the town really have just been like overwhelming. Going to businesses, which most of them are already familiar with Masons' case so most of them have wanted to donate without hesitation." Vicki Rahm, Mason's aunt said. 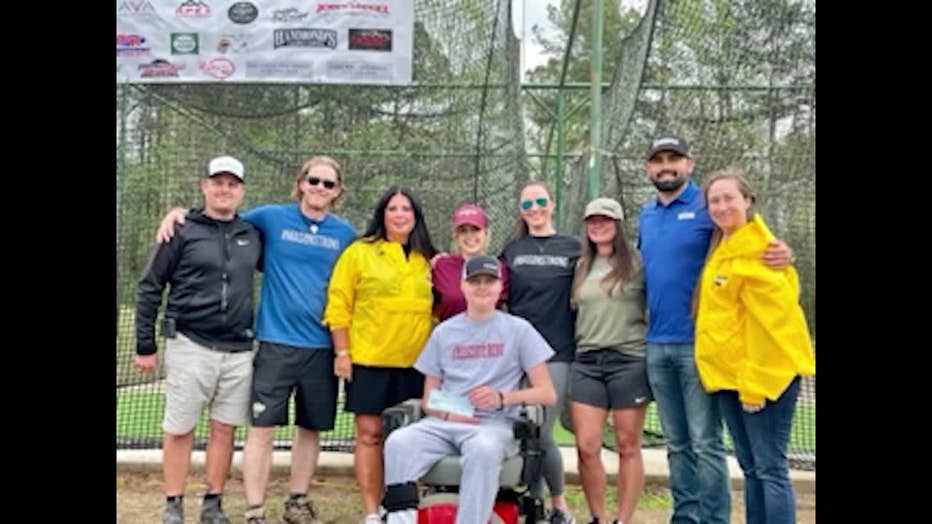 There have been a number of fundraisers. A Punt Pass Kick event held in April raised more than $16,000 for Mason. His football teammates volunteered to help run the event.

A 5K run held in May had more than 100 people sign up, and even more sign up to join virtually outside of Georgia. There are more plans to hold a car show, a concert, a fishing tournament, and more, all to help Mason with his treatment. There are also more than $10,000 in online donations.

"They really have felt surrounded by their community. Like they don't feel alone with it you know?" Rahm said.

It's support that's helping this family, and Mason, when it matters the most.

"I truly believe that there's going to be an end of the road for this sickness that it's not going to be forever and that he's going to live a long life on earth." Alison Palmour said.

If you want to see more on Mason's Journey you can go to the Facebook page Mason Strong Fundraising.