The FOX 5 I-Team's Randy Travis reports a former College Park human resources specialist is a suspect in a criminal case worth nearly $100,000 in tax dollars.

COLLEGE PARK - Nearly a dozen former city of College Park employees have something in common. And it’s not good.

According to police, 11 former employees are identity theft victims in a criminal case worth close to $100,000.

The suspect? Someone they all knew. 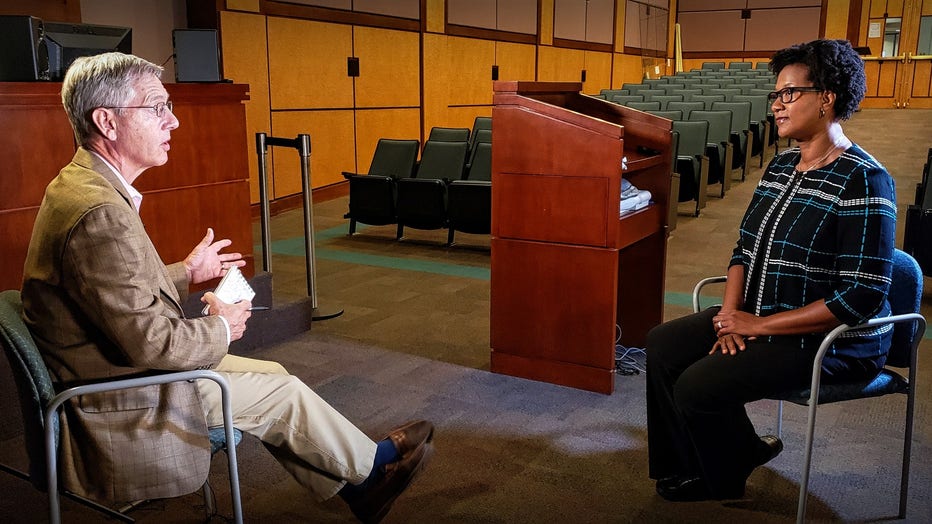 College Park mayor Bianca Motley Broom says her heart sank when she learned a longtime city employee was busted for stealing the identities of fellow employees, making off with nearly $100,000.

LeShanda Mitchell faces 32 felony counts including identity theft, computer forgery, and money laundering. She worked as a College Park Human Resources specialist. The mayor says Mitchell was the only one in charge of payroll.

According to police, the scam stretched back to July 2018. They say Mitchell would use the names of people who had recently resigned from the city and cook the books so it looked like they were still on the payroll.

But instead of making payroll deposits into their previous bank accounts, she would send the money to three different Green Dot bank accounts she controlled. 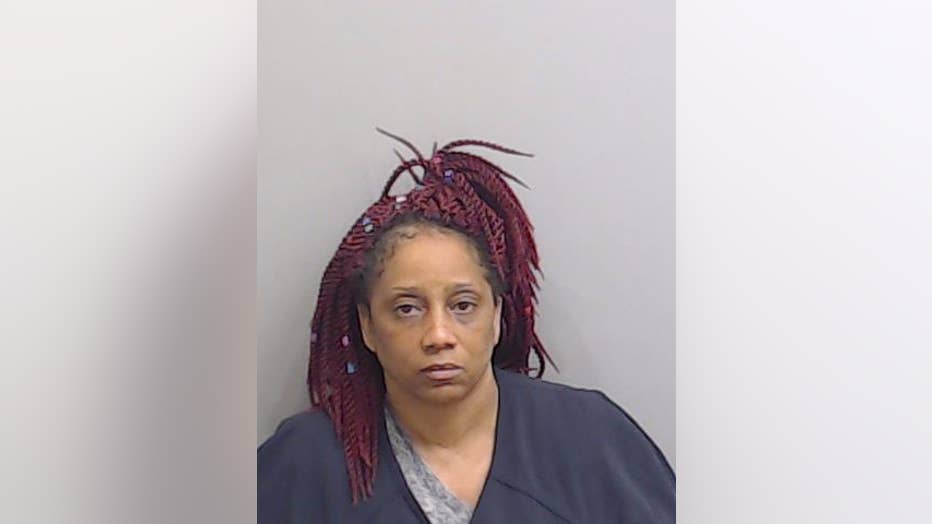 Mitchell would not comment when questioned by the FOX 5 I-Team as she left her Stone Mountain home.

So how did it finally unravel? According to police reports, someone called to verify that a former College Park employee used to work there. Someone in HR ran the name and discovered that former employee was somehow still being paid, even though they had resigned more than a year earlier.

That employee — says Trent Davis — was him. He was trying to get a mortgage for a house under construction.

"After I got wind of what was going on I noticed that my credit report shows that I have two places of employment," Davis said.

A former College Park police officer, Davis left the city in 2020. Yet according to police, a week later Mitchell arranged to deposit $36,768 into one of those Green Dot accounts in Davis’ name, an account only she could access. 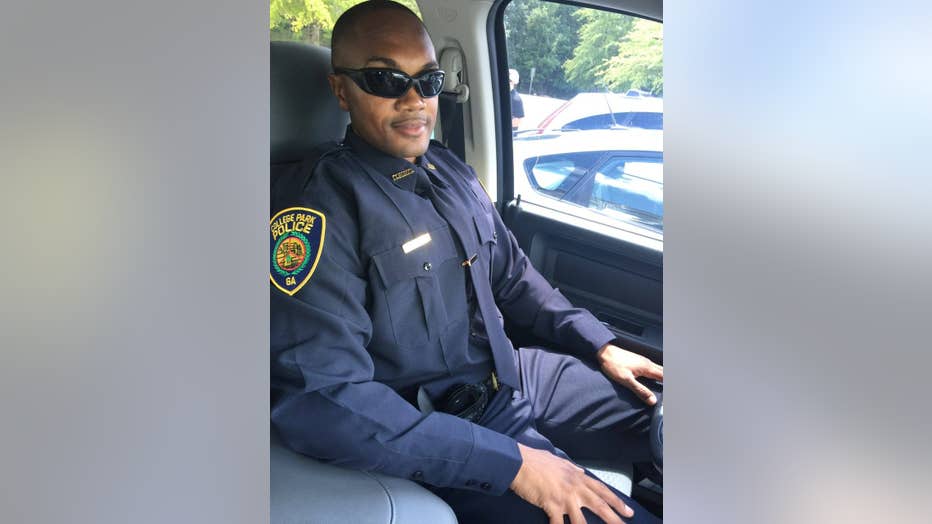 When former College Park cop Trent Davis applied for a mortgage, he realized he was still on the city payroll. A city HR specialist is accused of diverting $36,768 in his name into her bank account.

Davis said he often interacted with Mitchell and thought he knew her.

"It’s very unnerving," he said. "You would expect that that person in that position has your best interests at heart."

Davis said he’s had to close bank accounts and pull credit reports for his wife and family. He’s also not sure how the scandal will affect the future closing of that house he’s building.

"It’s not just the employees that may have suffered or harmed," pointed out Davis’ attorney Nicole Messiah. "It’s the families because there’s a lot of personal information involved in those files." 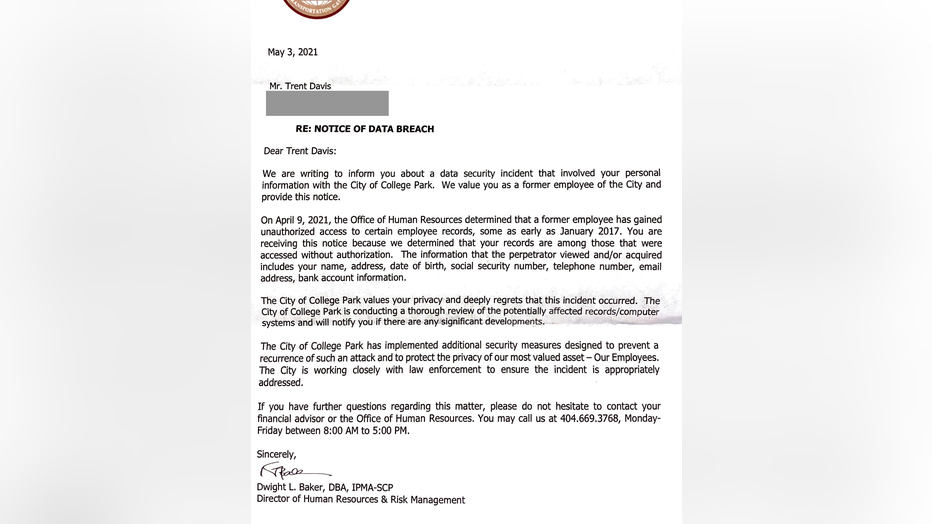 College Park sent this letter alerting Trent Davis about the identity breach. He may sue the city over its failure to keep his personal information secure.

David said he may sue the city of College Park.

College Park’s interim manager Mercedes Miller took over in January. She agrees it was a bad practice to let one person handle all payroll duties.

"I can’t speak on how it was ran in the past," Miller said. "I know that currently the HR department is run with a check and balance. And we’re moving in the right direction."