Lawrenceville Police Department Chief Tim Wallis is serving a 10-day suspension without pay after complaints he made inappropriate comments to a female captain.

LAWRENCEVILLE, Ga. - The first female captain ever in the Lawrenceville police department filed a sexual harassment complaint against the man who promoted her.

Department Chief Tim Wallis is serving a 10-day suspension without pay as a result. He insisted in a written rebuttal that he did nothing to warrant such a punishment.

In 2019, Tawnya Gilovanni went from detective directly to captain, supervising the department’s Uniform Patrol Division. The chief said he wanted to promote diversity. He also installed the city’s first Black major who also serves as the de facto assistant chief.

But Gilovanni’s complaints late last year prompted an outside investigation of the department that also resulted in the sudden retirement of longtime Captain Ryan Morgan. 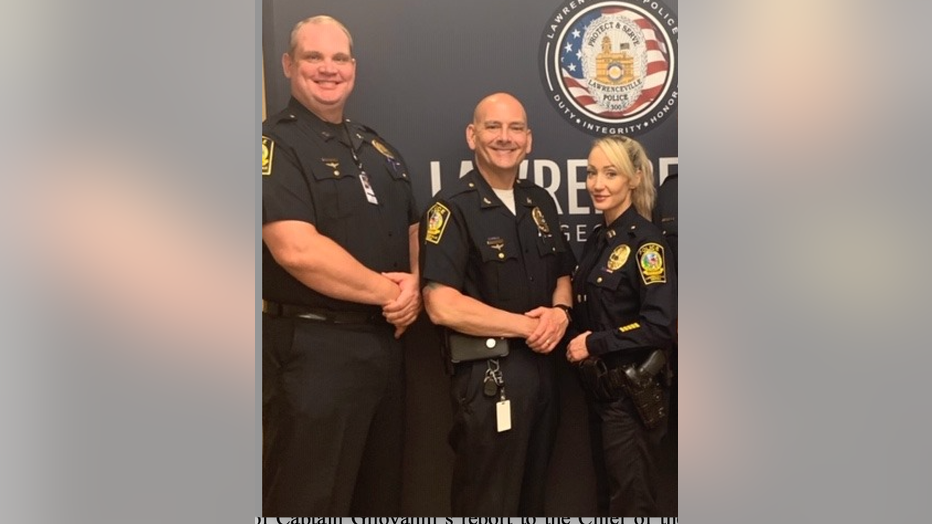 LAWRENCEVILLE CHIEF SUSPENDED FOR INAPPROPRIATE COMMENTS MADE TO A FEMALE CAPTAIN

According to a report compiled by attorney Tracy Glanton of the law firm Elarbee Thompson, Gilovanni secretly recorded certain conversations with her superiors inside the police department, including the chief.

On October 20, 2021, Gilovanni complained to Wallis about how women are often wrongly perceived in the workplace.

That’s when the chief said "cause you walk around here like a Hooters girl," telling her to "go get some orange shorts on."

In his official written response to the report, Wallis explained that he was joking because on an earlier day Gilovanni had removed her uniform shirt when the air conditioning wasn’t working, revealing "her pink underwear shirt." 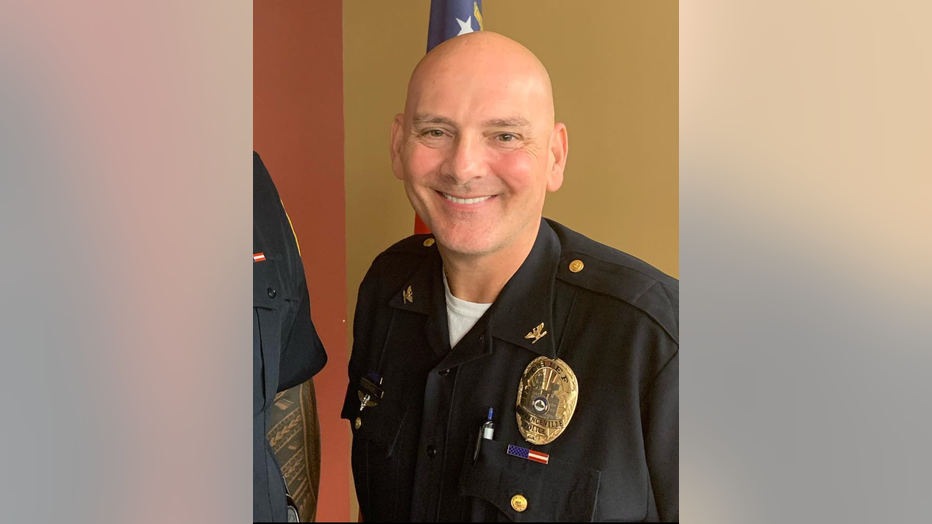 Chief Wallis denied his actions rose to the level of an unpaid suspension. (Lawrenceville Police Department)

The report goes on to detail how Captain Morgan repeatedly sent texts of sexual nature to Giovanni and sometimes referred to her as "hooker."

Wallis is accused of not taking those allegations seriously.

Morgan abruptly retired before the investigation was finished. His union representative said the former captain did nothing wrong.

"He saw this was a constant fight," explained Vince Champion of the International Brotherhood of Police Officers. "If this wasn’t going to work they were going to try something else."

Last year Lawrenceville police officers voted to join a union, including Morgan. Ironically, Champion said Captain Gilovanni was cited by officers as one of the reasons they organized.

"They felt there were issues with the captain and the city manager with the way the department was being run," he said.

Lawrenceville city manager Chuck Warbington would not answer questions, instead issuing a statement:

"I was disturbed by the findings of the investigation and issued penalties to the appropriate employees, including a requirement for individual training. The City of Lawrenceville prides itself as an inclusive and safe workplace for all employees. The workplace culture revealed through this investigation did not meet the standards of excellence expected of all departments in the City.  This is unacceptable and will not be tolerated." 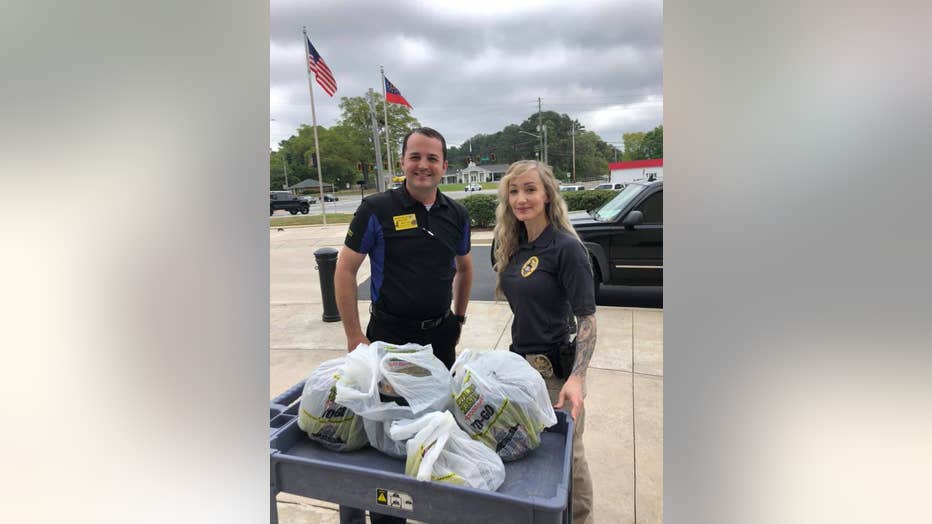 Capt. Gilavanni has worked for Lawrenceville police since 2006. She worked as a detective until 2019 before becoming a captain. (Lawrenceville Police Department)

Chief Wallis was also accused of retaliating against his secretary after learning she was cooperating with the investigation. He denied that in his rebuttal.

Part of Wallis’ punishment was also for allowing his wife to be involved in "the operations of the Lawrenceville Police Department."

"Your wife’s participation and actions have caused issues in the department with morale and in at least one instance caused issues with potential retaliation," the Notice of Intent to Suspend Without Pay charged.

The report said Wallis’ wife "inserted herself in relationships with the Chief’s staff and/or their spouses, none of which have ended well."

In his written response, Wallis insisted his wife had "completely and intentionally distanced herself" from the department following conversations about her during his performance review in 2019.

"Lawrenceville police department for the longest (was) always considered one big family," said Champion, who grew up in the city. "And they’ve enjoyed their jobs working there. They feel that family and that ability to trust command staff and to trust from city hall has gone away."

The chief is due back to work next month.