Timothy Gregory, who was arrested earlier this week for shooting up the home of a former high school classmate, had additional charges added for shooting up government property in Canton.

CANTON, Ga. - A Georgia man is facing additional charges after investigators said they linked him to shooting a government vehicle. He was already in jail for shooting up a Canton home.

Timothy Gregory, 29, of Cartersville, was charged with aggravated assault, interference with government property, discharge of firearm on property of another, and possession of a firearm by a convicted felon.

Canton police said Gregory shot at the Georgia Department of Community Supervision located at 100 Medical Lane around 6 a.m. on May 12. Officers found two bullet holes in the rear of a Chevy Tahoe register to the DCS. 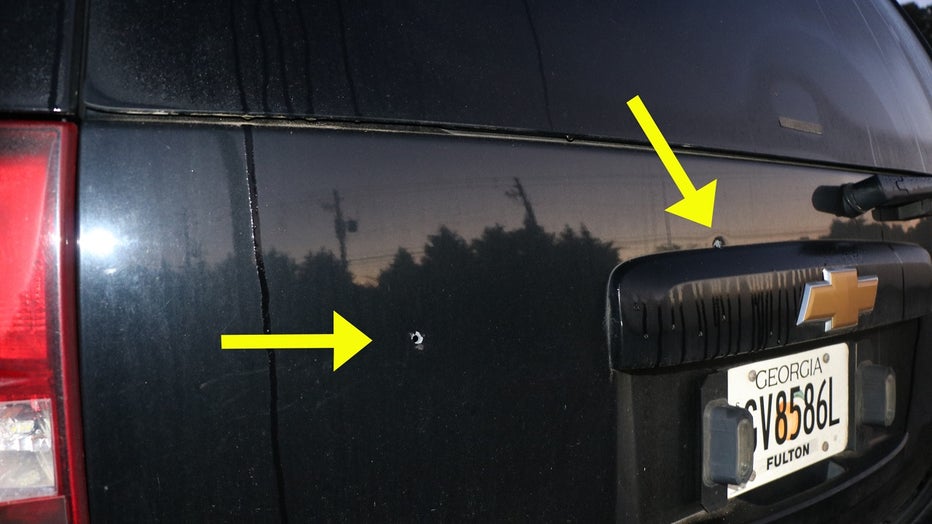 This photo shows bullet holes in the back of a DCS vehicle shot up on May 12, 2022. (Canton Police Department)

Gregory was arrested inside a home on Catherine Way earlier this week on charges stemming from the drive-by shooting of a former high school classmate's home, police said. He was charged him with aggravated assault, firing a gun near a road, first-degree criminal damage to property, gun possession and unauthorized use of a license plate.

That shooting happened on May 10 in the Carmichael Farms subdivision. One bullet allegedly went through a window and into a walk-in closet, but investigators said no one was hurt in the shooting. In all, five bullets struck the home which was occupied at the time.

Investigators found a light blue Mazda 6 on video driving by the house as the shots were fired. 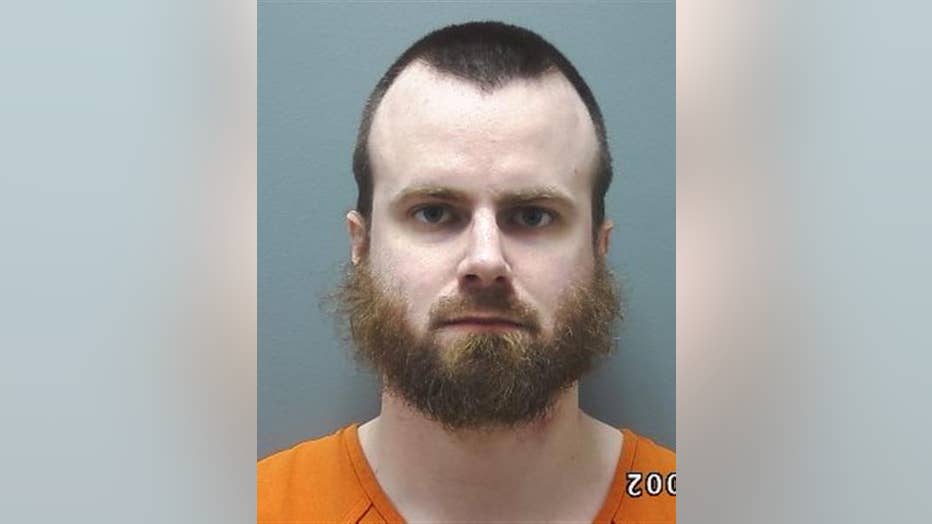 When detectives and the SWAT team arrested Gregory, they found three guns, one matching the caliber of the shell casings found at the scene on Carmichael Circle.

A motive has not been immediately released in the DCS shooting and investigators said they were not immediately aware of a motive in the Carmichael Farms subdivision shooting.

Investigators are looking into the possibility Gregory may be linked to other similar shootings in the area.

Gregory remained in the Cherokee County jail as of Thursday evening.