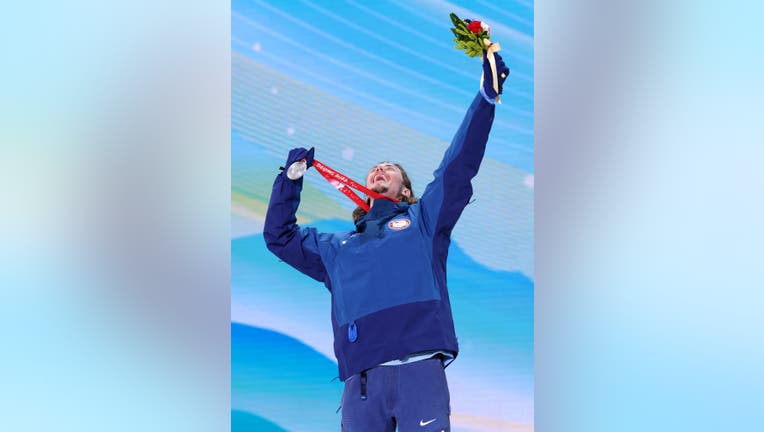 CARTERSVILLE, Ga. - A Cartersville man and former Grady Memorial Hospital patient has a lot to celebrate after winning a silver medal at the 2022 Winter Paralympics in Beijing.

Garrett Geros was just 16 years old when he was in the accident that would change his life forever. In 2016, Geros was involved in a life-threatening car accident after he lost control of his truck and hit a tree.

"I remember waking up in the car, and just like thinking to myself, is this a dream? Am I going to die?" Geros told FOX 5 at the time.

Fortunately, another driver spotted Geros. To save his life, medics amputated his left leg at the scene of the crash, and he was airlifted to Grady for treatment. His right leg now is supported with pins and a titanium rod.

The accident didn't stop Geros from continuing to follow his passion for sports. During his recovery, he rediscovered his love of snowboarding and began to research the Paralympics.

Working with Adaptive Action Sports, Geros has been racing competitively for three years. Now, four years after the accident, the Georgia Olympian stood on the podium and received a silver medal in the snowboard cross event.

"This has been my dream right here to stand on that podium at the biggest stage in the world and I did it," Geros wrote on Instagram after his victory.

In a statement, Geros credited his doctor at Grady Memorial Hospital for helping make his Olympic dreams come true.

"I wanted to be proof that something positive can come out of the most difficult circumstances," Geros said. "And because of the care I got from Dr. Mara Schenker at Grady, I’m living my dream."