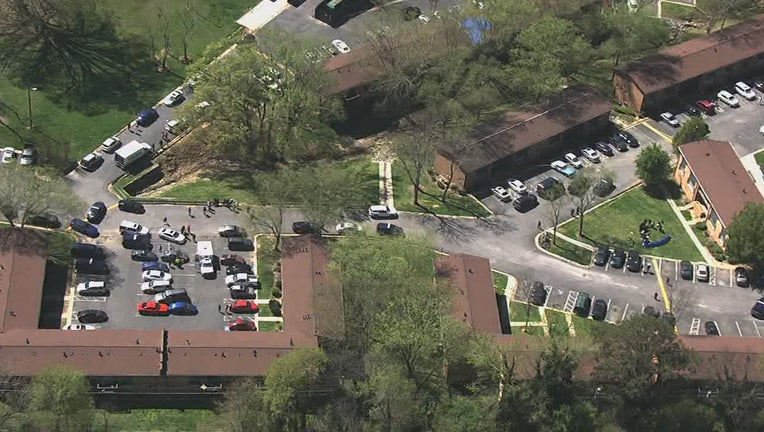 Atlanta police investigate the shooting death of a man at a southwest Atlanta apartment complex on March 29, 2021. (FOX 5)

On the afternoon of March 29, units with the Atlanta Police Department were called to the Cascade Glen apartment homes in the 3900 block Campbellton Road after reports of a person shot.

Despite medical attention, firefighters pronounced Woods dead at the scene.

During their investigation, officials say they identified a suspect as Damieon Rutland.

After police obtained warrants for Rutland's arrest, officers say he was taken into custody on May 9 in Nichols Hill, Oklahoma.

Rutland is currently in custody awaiting extradition back to Atlanta.