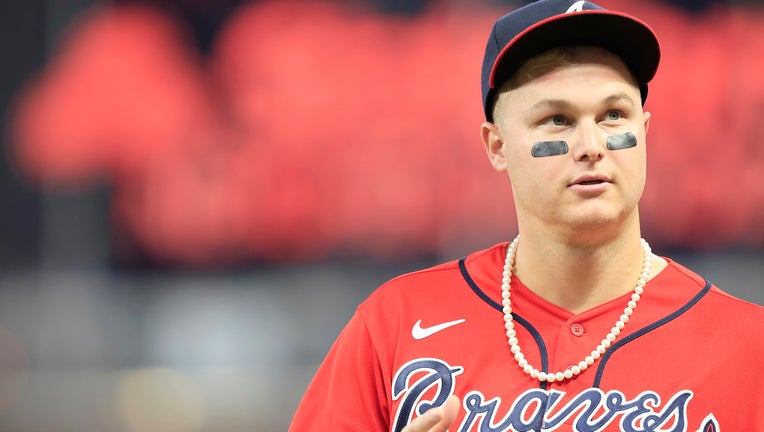 Joc Pederson #22 of the Atlanta Braves looks on during the Friday evening MLB baseball game between the Atlanta Braves and the New York Mets on October 1, 2021 at Truist Park in Atlanta, Georgia. (Photo by David J. Griffin/Icon Sportswire via Getty I

ATLANTA - The Atlanta Braves have issued a code red for all fans on Friday. Braves fans are being asked to wear red to support the team ahead of and during Game Three of the World Series.

The call for a "red out" coincides with the Braves uniform of choice for Friday night games.

The Braves are even with the Astros going into Game Three this Friday but are 5-0 at home for the Postseason. The Braves are hoping the "red out" will help push them ahead once again.

In a tweet by the Braves on Thursday, the team wrote:

While traditionally the home team wears white, the Braves have been wearing red at home on Fridays for years with the latest style jersey being introduced in 2019.

There may be some orange trying to part that red sea at Truist Park and The Battery Atlanta, but the Braves hope with the fans rallying behind them, they can send the Astros back on the redeye to Houston on Sunday.

Game Three is Friday at 8 p.m.