Braves fans in both Atlanta and Houston are reacting to the World Series win.

ATLANTA - After 26 years of waiting, fans of the Atlanta Braves celebrated the team's World Series victory all through Tuesday night and well into Wednesday morning.

The final out set off a massive party at The Battery and inside Truist Park, where fans finally let loose knowing that the Braves are World Series champions.

"To go through all the obstacles and win the World Series … it tastes so sweet," one fan said.

More than 10,000 people watched the game inside Truist Park, creating an atmosphere that made you almost believe it was being held in Atlanta and not Houston. 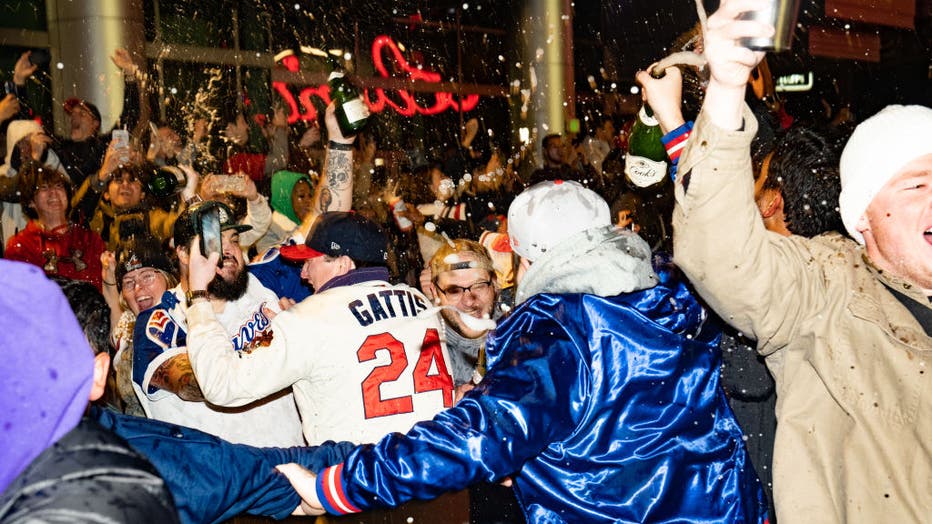 Atlanta Braves fans celebrate as they follow Game Six of the World Series against the Houston Astros on November 2, 2021. (Photo by Megan Varner/Getty Images)

And when it was done, 26 years of near misses and heartbreak had finally come to an end.

Some remembered loved ones who never got the chance to see the Braves bring a second title back to Atlanta.

"This one is for my grandmama, she was the biggest Braves fan. You couldn't touch the TV when the Braves was playing. I had to be here," one fan said.

Others reflected on how the team had brought the entire metro Atlanta area together.

The Battery continues partying well into the morning

Braves fans are continuing to party at The Battery well into the early morning following the team winning the World Series.

"This is just the culture of Atlanta. It just shows that regardless of everything we're going to come out and show love," a fan said.

And love was in the air for follow fans and the World Series champs.

"It's Braves Country. It's the energy you exhibit in every game. It's a love for the team," fans said.

While sometimes it's not easy to be an Atlanta sports fan, Last night made it all worth it.