ATLANTA - The Georgia parole board has denied parole to Wayne Williams, who many authorities consider the main suspect for the Atlanta Child Murders. 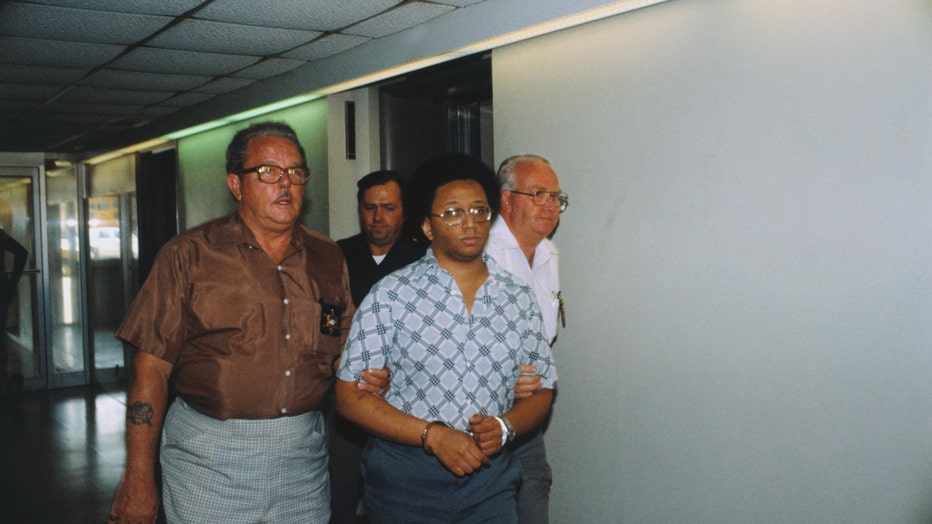 Wayne Williams, the suspect being detained in Atlanta murders, being led in handcuffs.

Williams was convicted of killing two adults in 1982 and sentenced to two life terms in prison. Police have long suspected Williams of the murders of more than 20 children in metro Atlanta between 1979 and 1981, but have never charged him with any of the deaths.

In a statement, the Georgia Board of Pardons and Parole said that Williams had a parole consideration set for October, and the board voted to deny parole in November.

The board sent a letter to Williams saying that, after a review of his case, they determined that there was an "insufficient amount of time served to date given the nature and circumstances of your offense(s)."

"You are encouraged to continue in your rehabilitative efforts so you will be properly prepared to succeed in the event a future consideration results in your transition back into society," wrote Rick Jacobs, director of Clemency and Parole Selection Division.

The next parole consideration for Williams has been set for November 2027, which is the maximum date of eight years.

The decision comes after Atlanta Mayor Keisha Lance Bottoms announced that Atlanta police and other law enforcement agencies will re-examine evidence collected during the cases that terrorized the community during the late 1970s and early 1980s.

Speaking at the steps of Atlanta City Hall Monday morning, the members of the foundation “The Wayne Williams Freedom Project” and their private investigator say they believe this new examination could help exonerate Williams and that they've been working on the case for the last 10 months.

In a letter earlier in 2019, Williams said that he hoped "that not only will some answers come forth as far as the suspects and other persons  that are responsible for these terrible crimes, but I also hope that we can get to the bottom of the social conditions that led to this type of apathy in Atlanta, which continues today."