A man wanted in connection to a DeKalb County murder ran from troopers attempting to pull him over. The GBI says the troopers eventually used a PIT maneuver and got into a shootout with that man, who died from his injuries.

COLLEGE PARK, Ga. - A DeKalb County murder is dead after a high-speed chase and shootout along Interstate 285 near Old National Highway on Wednesday afternoon.

Terrell Gas, 36, of Lithonia, was identified by the Georgia Bureau of Investigation as the man shot by Georgia State Patrol troopers during the encounter. The GBI said Gas had outstanding arrest warrants for murder and aggravated assault after police on Tuesday said he shot two women, killing one of them.

Gas was located at a College Park apartment complex around 2:20 p.m. The GBI said officers attempted to conduct a traffic stop, but Gas fled the scene.

GSP trooper-involved shooting on I-285

The Georgia Bureau of Investigation has been asked to investigate a shooting involving a Georgia State Patrol trooper along Interstate 285 in College Park.

GSP troopers pursued Gas and performed a PIT maneuver, causing his car to travel down an embankment near the area of Old National Highway and the entrance ramp to I-85 north in Fulton County.

Gas, armed with a gun, ran from the vehicle, the GBI said.

The Georgia State Patrol said troopers exchanged shots with Gas, eventually striking. He was rushed to an area hospital where the GBI said he later died.

One of the troopers did suffer a non-life-threatening injury to their arm and was taken to the hospital for treatment. 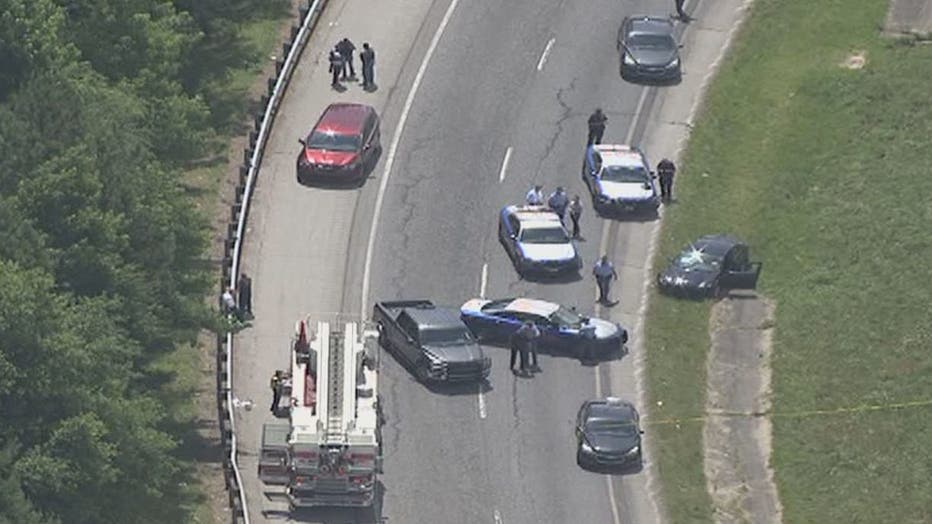 An investigation is underway into an officer-involved shooting connected to Georgia State Patrol on Wednesday on I-285 near Old National Highway. (Photo: FOX 5 Atlanta)

SKYFOX 5 flew over the scene and observed law enforcement surrounding a car on the side of the road near one of the ramps.

The area was closed for several hours while investigators worked to collect evidence and catalog the scene. 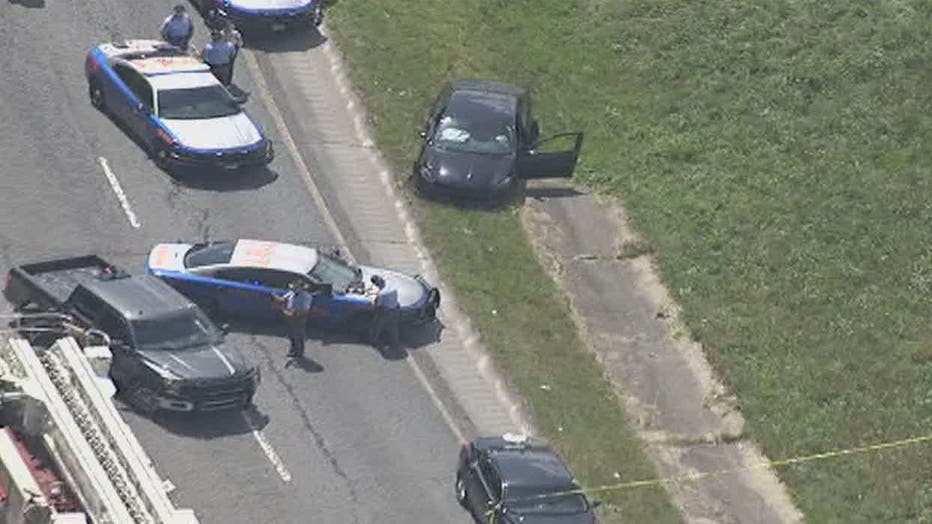 An investigation is underway into an officer-involved shooting connected to Georgia State Patrol on Wednesday on I-285 near Old National Highway. (Photo: FOX 5 Atlanta)

The DeKalb County Police Department was not part of Wednesday’s chase.

The Georgia Bureau of Investigation was asked to review the trooper-involved shooting. Investigators will then turn over their findings to the Fulton County District Attorney’s Office.

This is the 40th case this year of the GBI has asked to investigate involving a deadly shooting involving law enforcement.