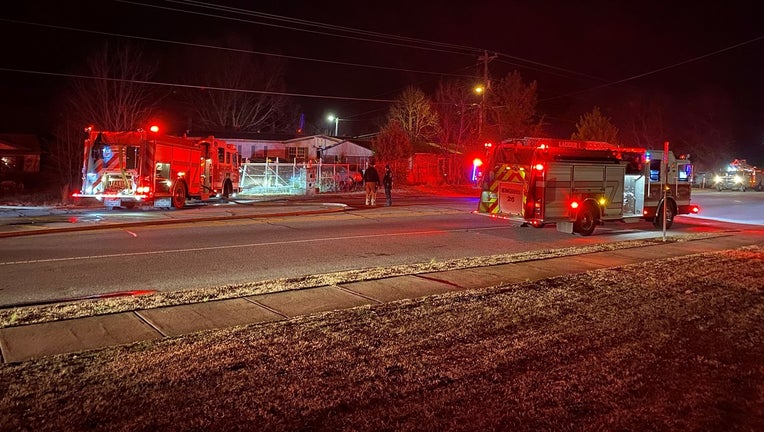 ATHENS, Ga. - A Georgia man was found dead inside a burning van after the fire spread to a house next to where the car was parked.

Firefighters responding to the blaze in Athens found Ricky Brown’s body after extinguishing the flames in the van Saturday night, Athens Banner-Herald reported.

Athens-Clarke Fire Capt. Nathan Moss said Monday that crews arrived at the scene after the fire had spread to the house. Five people who were in the home all escaped unharmed, Athens-Clarke police said.

"We came out of the house and saw the van engulfed in flames," Arthur Gaither, another resident who escaped, told the newspaper. He said he was asleep during the fire and awakened by others who told him about it.

It was not immediately clear how much damage the home sustained.

Moss said the preliminary investigation shows the fire started in the van parked next to the house. Investigators have not determined how the blaze started, but Athens-Clarke Police Lt. Shaun Barnett said there was "initially no sign of foul play."

Brown’s body has been sent to the State Crime Lab for an autopsy. Gatiher said Brown, 52, was "an outstanding guy" who worked in construction.