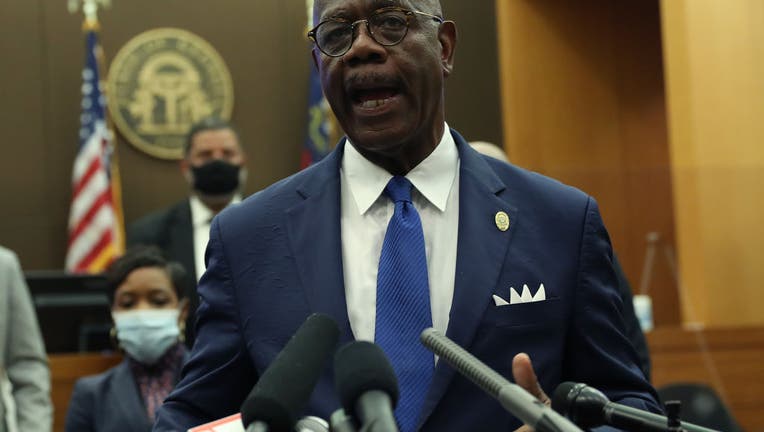 ATLANTA - The attorney for the former Atlanta police officer charged in the killing of Rayshard Brooks has filed a motion to recuse the district attorney from the case.

Rolfe's attorneys claim Howard made ethically inappropriate statements to the public regarding the case. They point out Howard is under investigation by the Georgia Bureau of Investigation and they state that he will be called as a defense witness.

Rolfe is accused of shooting and killing Brooks outside the Wendy's on University Avenue last month.

In response to the motion, Howard released the following statement to FOX 5:

“We have received the motion for recusal filed by Garrett Rolfe’s Counsel. When the motion is assigned to a Superior Court Judge with appropriate jurisdiction, the Fulton County District Attorney’s Office will respond at that time. Until that occurs, we will have no further comment on this motion.”

This is a developing story. Stay with FOX 5 Atlanta for updates.