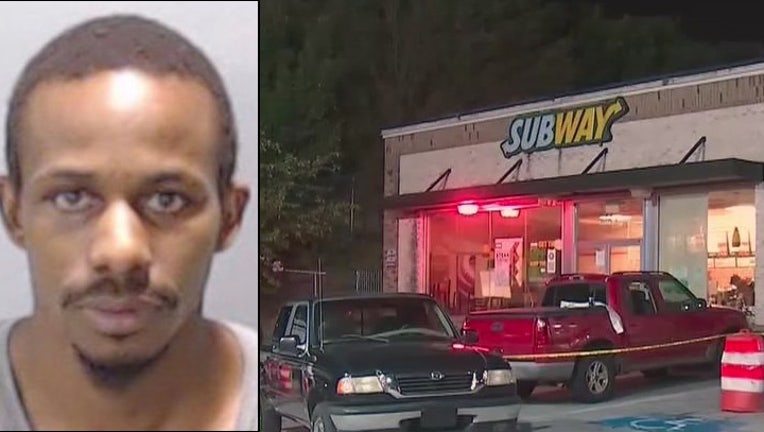 The suspect in a deadly shooting at a Downtown Atlanta Subway restaurant, 36-year-old Melvin Williams, had a criminal history and was out on bond at the time of the shooting, according to multiple sources including law enforcement.

ATLANTA - The suspect in a deadly shooting at a Downtown Atlanta Subway restaurant had a criminal history, according to multiple sources including law enforcement.

The suspect, 36-year-old Melvin Williams, was out on bond at the time of the shooting and was prohibited from possessing a gun as a convicted felon. Williams has been booked in Fulton County Jail at least eight different times.

Williams is in Fulton County Jail charged with the murder of Subway employee Brittany Macon, 26, and aggravated assault of Macon's co-worker and friend Jada Statum in front of her 5-year-old son. He was denied bond on murder, aggravated assault and gun charges.

Police confirmed a statement made by the owner of the Subway, who said the shooting started because of an argument about mayonnaise on a sandwich.

"It was very senseless. Yes, too much mayo on a sandwich but an individual with a gun who thought that was the course of action to resolve about a sandwich," Atlanta Police Deputy Chief Charles Hampton Jr. said.

Police said an argument over a sandwich at a Downtown Atlanta Subway restaurant led to a deadly shooting.

In this argument, police say the customer shot the two Subway employees.

The sister of Jada Statum, who was shot in front of her 5-year-old son, said she's stable after she had surgery on Tuesday.