ATLANTA - The Atlanta Public School board voted to postpone consideration of a Grady High name change until December.

Henry Grady High School is named for a 19th-century newspaper editor who advocated for a “New South” after the Civil War. On his statue at the Georgia Capitol, which was erected in 1891, the plaque describes him as a patriot.

But Grady also campaigned against equality for freed slaves, saying “the supremacy of the white race of the South must be maintained forever."

After calls to change the name, the Atlanta Public School Board set up a committee to evaluate a possible change.

"He is recognized and respected for being one of those leaders who helped bring Atlanta to where it is today," Jason Esteves, the Chair of the Atlanta Public School Board of Education, told FOX 5. "But at the same time, he also expressed views that were concerning and is concerning for many."

After scrutiny from the community following a survey that indicated the board’s choice for Grady high’s new name was not the people’s choice, members decided they haven’t heard enough from one important group: the students.

As of Monday night, the three names on the table are Ida B. Wells, Midtown, and Piedmont High School. 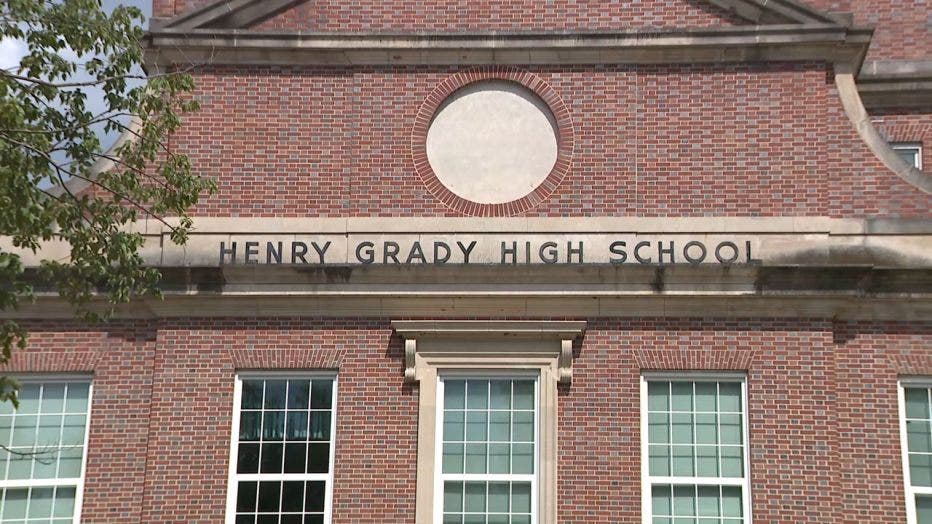 "What we're trying to do now is say have a name for the school that truly reflects the student body, it's respectful and representative," Grady alumni Katie Howard said.

Monday night’s meeting was a bag of mixed emotions as those in the community told the Atlanta Public School board what they believe is the best name for the school which is currently named after Henry W. Grady, who is known for his white supremacist values.

In an 8 to 1 vote Monday, the school board decided to postpone the ultimate decision on the name change, citing a lack of student input.

Students will fill out a survey consisting of the options provided by the board, which will consider those results—but the outcome will not dictate the ultimate decision—which still belongs to the board.

A new name could be solidified as early as Dec. 7. That’s when the next vote is slated to take place.

In August, Esteves said there could be other schools looking at name changes including Joseph E. Brown Middle School and Forrest Hill Academy. Esteves said both of them were named after men with white supremacist views too.