A man said he was sitting in the middle of Howell Park in Atlanta when a stranger approached and attacked him. During the scuffle, the man bit him and took a piece of his ear.

ATLANTA, GA - Atlanta police are searching for a man accused of getting into a fight with someone and biting their ear off.

This happened on June 14 at Howell Park in southwest Atlanta.

The victim, who asked FOX 5 to not identify him, said he was sitting at the park after attending an educational art class.

He said he was on his phone when a stranger approached him several times.

"I'm taken aback because I was caught off guard. I looked up and said, ‘Excuse me?’ I barely had a chance to stand up and I couldn't distance myself from him because, by that time, he had taken a swing," the victim said.

The man said he tried to defend himself, but the attacker got a hold of a pocket knife and started slashing at him.

Then, he said the man started using his teeth.

"He grabs me, bear hugs and takes a bite right out of my ear," he said.

According to a report from Atlanta Police, a witness saw the victim in the street and called 911.

The witness also told police he saw the suspect run into the West End MARTA Station.

Crime Stoppers of Greater Atlanta posted pictures of the man police are searching for. The victim told police the suspect is black, had short dreadlocks and was wearing a white t-shirt with black lettering and black sweatpants with white stripes. The man is thought to be between 20 and 30 years old. 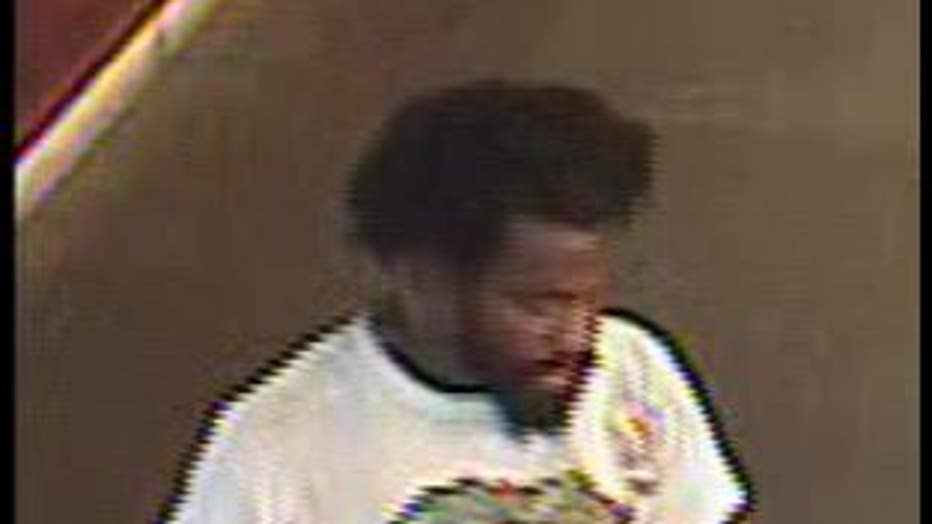 The victim also told police he believes the man may be homeless.

The victim is now out of the hospital following reconstructive surgery for his ear.

He said this attack is an example of why it's important for people to learn how to deal with conflict without getting physical.

"We can reason through things. We can talk through things, even if there is a disagreement. But oftentimes, and with this particular character, they don't want to hear that," he said.

If you have any information, please call Crime Stoppers of Greater Atlanta at 404-577-TIPS (8477). You can stay anonymous.