Atlanta Police Officer Jimmy Cenescar said the only way to reach the driver who plunged nearly 50 feet into a ravine was to crash his cruiser through a locked gate. Hear his story in his own words.

He risked his own safety, and his patrol car, to break through a gate to get to a man who had been in a horrible car accident.

A driver had run off the road and plunged 50 feet down an embankment in northwest Atlanta.

Bodycam video shows an Atlanta police officer responding to a call of a car that went over a bridge and down a 40 foot embankment. At one point the officer crashes his police vehicle through a locked gate in order to get to the driver of the car's location.

"It was very chaotic. A gentleman is waving me down, in the background I heard several ladies screaming," said Atlanta Police Officer Jimmy Cenescar.

Officer Cenescar knew he had to act fast. The car had flipped over and the driver was trapped inside.

An Atlanta police officer took quick action in getting to a motorist whose vehicle had plunged 40 feet down an embankment. In order to get to the crashed car, the officer had to drive through a locked gate. The whole thing was caught on the officer's bodycam.

"I knew I had to take action quickly to get that driver out of the vehicle because I knew there were train tracks," said Officer Cenescar.

But there was a problem. There was a tall metal gate between the officer and the damaged car. Officer Cenescar knew breaking through the gate was the fastest way to get to the accident scene, so he radioed in for permission. 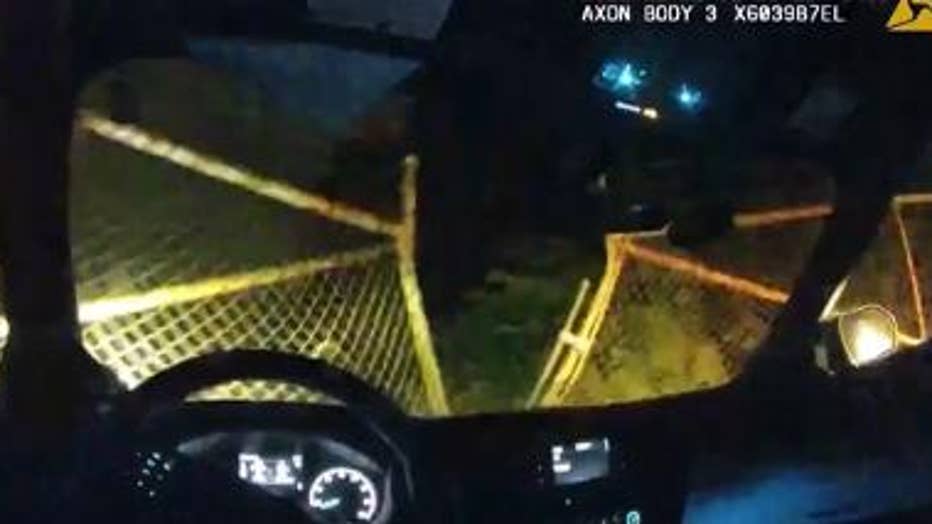 The officer rammed his patrol car into the gate.  It took 3 times, but on that third try, he smashed through and headed down a gravel road.

"Everything felt like it was going in slow motion," said Officer Cenescar. 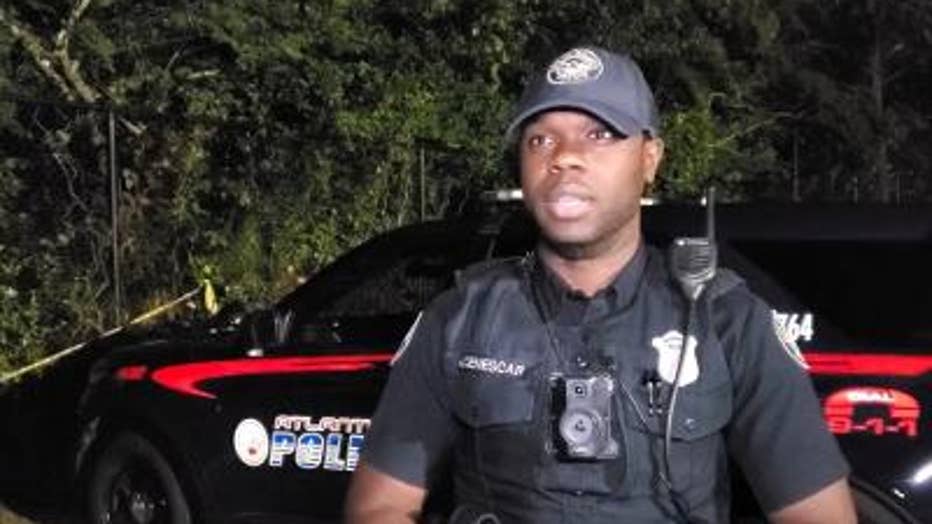 The patrol car had plenty of damage, but it made it far enough to get to the trapped driver.  He was injured, but thanks to the quick action of Officer Cenescar, he was pulled out of that car and rushed to the hospital.

"My training kicked in and I took action and took control of the scene," said Officer Cenescar. 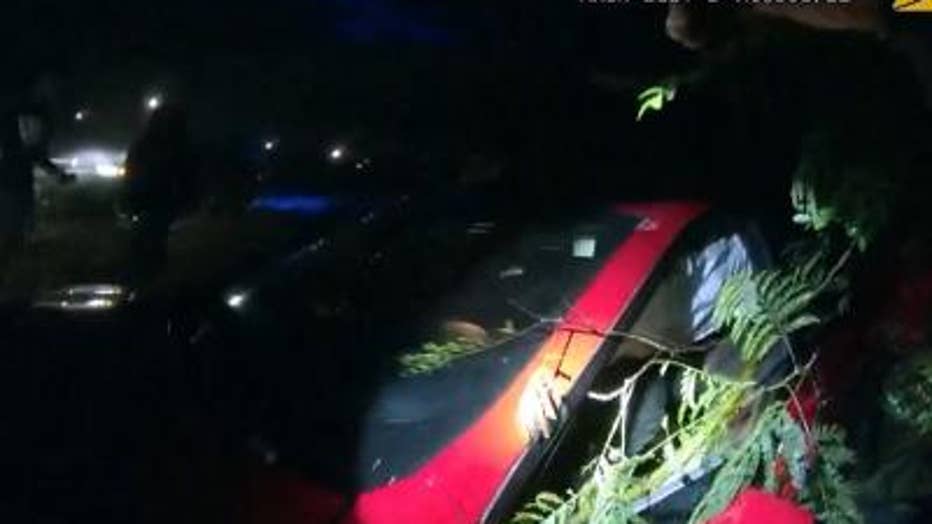