An Atlanta police officer recalls the moments he worked to save a 4-month-old baby by administering CPR after the infant became unresponsive.

ATLANTA - An Atlanta SWAT officer reunited with the 4-month-old boy who he saved with his quick thinking and CPR training.

According to Atlanta police, Officer SPO Oden was patrolling when he saw a vehicle driving with its hazard lights on and the cars horn blaring. The officer followed the vehicle to the fire station where it parked, and a woman jumped out and flagged the officer down.

"A female ran to the officer holding a 4-month-old infant saying the child was not breathing. SPO Oden remained calm and began checking the child’s pulse, unable to find a pulse, SPO Oden immediately notified radio dispatch of the situation and began administering CPR. Officer Oden continued CPR on the infant for the entire duration until Grady EMS arrived," the post read in part.

In those critical minutes, Oden saved the boy's life.

Body camera video released by Atlanta Police shows one of its SWAT officers administering CPR to a 4-month-old baby. Thankfully the officer was able to recover a pulse before medics arrived.

Since his rescue, the little boy has been in the hospital under care of doctors. Officials say Oden has been checking on him since that day and has gone to the hospital to visit.

"If you ask most officers, they will tell you that they see many things on 911 calls, but nothing impacts them or touches their hearts quite like an incident involving a child. Many of our officers are parents themselves and their instinct to help, and save people from harm, comes naturally," the APD worte on Facebook. SPO Oden’s actions and these pictures speak to his compassion, character, and humanity. We are glad he was at the right place, at the right time on that fateful day. His training and prompt response made all the difference." 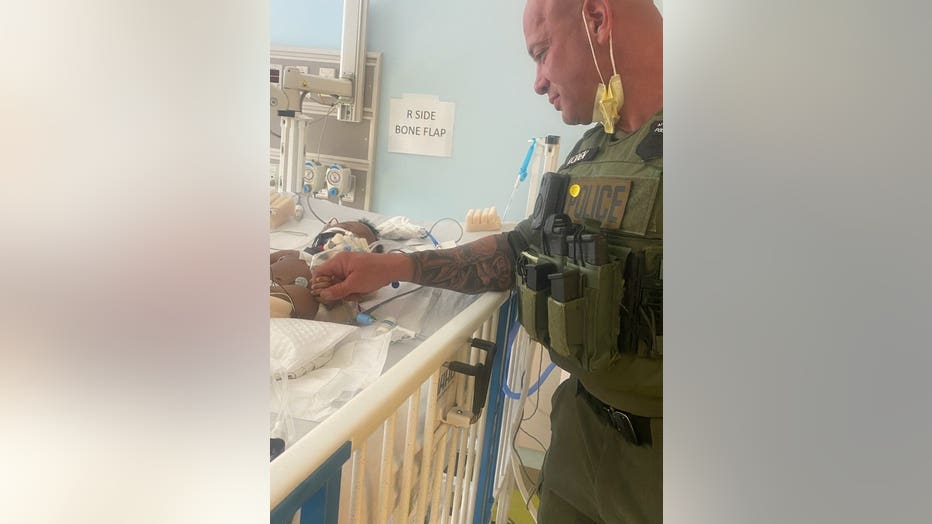 Officials are asking Georgians to continue to pray for the family and the baby boy.