The mother of the newborn who was delivered with the help of an Atlanta Police Department tells her side.

ATLANTA - An Atlanta police officer helped to deliver a baby while on the job over the weekend.

The officer said he was on patrol around midnight last Saturday when he was flagged down at a gas station along Cascade Road and Donelly Avenue in southwest Atlanta.

"We’re at 1415 Cascade. If you can start fire rescue or Grady to this location," Officer Renato Anaya can be heard saying in police body camera video. "He had to pull over. I don’t think the lady is going to make it all the way to Grady Hospital."

Officer helped deliver baby while on the job

An Atlanta police officer helped to deliver a baby at a gas station over the weekend.

It is not something that he trained for and it’s not something he was expecting that day, but when the soon-to-be mother started to go into labor and couldn’t make it all the way to the hospital, he had to step in to help.

"We had a white SUV began to flash his headlights and blow the horn," Officer Anaya told FOX 5. "The gentleman said, ‘Hey, my wife is in labor. Could you guys please escort us to the hospital?’"

However, it seemed like it was too late for that and so, the officer, sworn to protect and serve, now had to deliver. 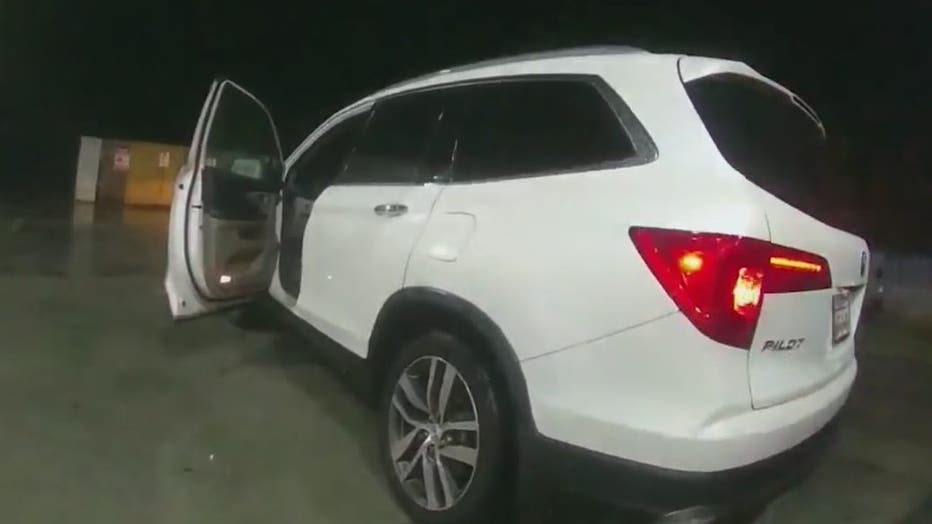 Body camera video shows an Atlanta police officer delivering a baby along the side of the road. (Atlanta Police Department)

"I removed my raincoat. I saw the baby’s head was exposed. I put my right hand by the baby’s head. I told the lady to give a push, and she pushed the baby out," the officer explained. "I just said to myself I’m going to have to deliver this baby right now."

It was a boy. He was breathing, crying, and healthy. He was filled with emotion as he called it into his dispatch.

Officer Anaya said in his 20 years on the job he never thought he would end up delivering a baby.