ATLANTA - Unpacking boxes in a house of their own is something Ebony Rhodes and her four children have longed for. That happened on the Friday before Thanksgiving.

In December 2016, an Atlanta police officer arrested Rhodes for driving with a suspended license and no insurance.

"It just brought tears to my eyes," says Rhodes. "I knew what the possibilities were."

An officer, also a single mother, brought the situation to the attention of her superiors. Deputy Chief Jeff Glazier helped spearhead an effort. It led to the family moving into a homeless shelter and later into an apartment. 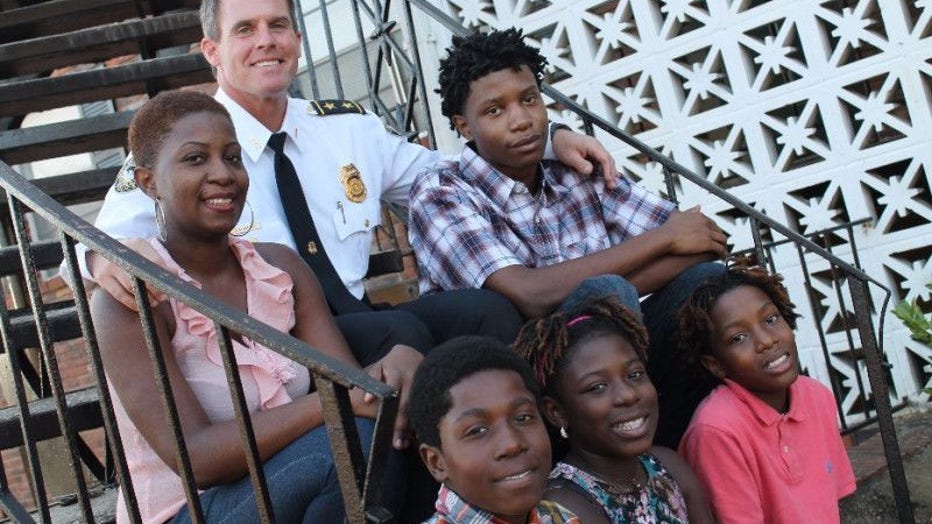 A family that lived in a car moved into a shelter then an apartment. Now they have a house. The Rhodes family is grateful to Atlanta Police. (Atlanta Police Dept. / FOX 5 Atlanta)

Once in the apartment, Rhodes and three of her children experienced health challenges. Then came the medical bills. Glazier created a GoFundMe account to provide the family with some financial relief. Through the years, it raised more than $68,000.

"This whole story is about the kindness of strangers," says Glazier. "(The fund) has supported a family of five the whole time, so there's not a lot of money in there anymore, unfortunately."

The lack of funds comes as Rhodes continues to experience challenges. Her car was recently totaled in a crash. She's been paying about $40 a day to get to her two jobs. But, she isn't giving up.

"When bad things happen, I try not to dwell on it," Rhodes told FOX 5's Kerry Charles. "I'm just like okay, this is meant to happen for me to get where I want to be."

With the help of the Atlanta Housing Authority, the family moved into a house. They will spend Thanksgiving in their new home.

"Everything that is given to us, we look (at it) as a blessing and we appreciate it more than anybody would ever know," says Rhodes.

Rhodes says she doesn't have much but helps people how and when she can. That includes donating to people who live on the streets, as well as using her off days to babysit for single mothers so they don't have to pay for childcare.

Learn more about the Rhodes family in this video produced by the Atlanta Police Department.

If you'd like to help the family, visit this link.