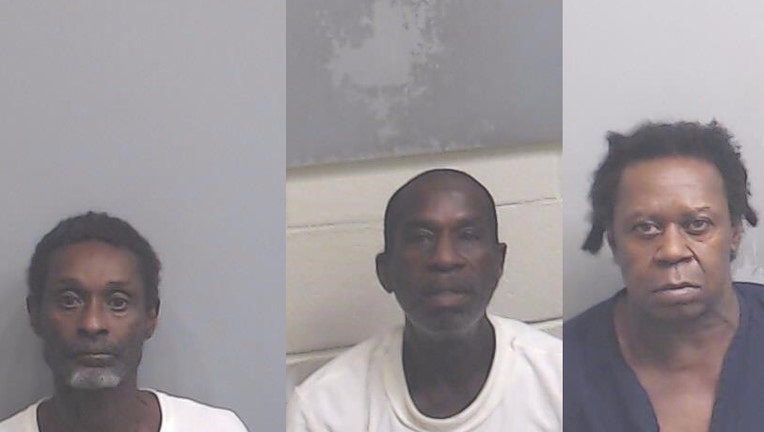 From left, Gregory Yancey, Gerry Yancey and Bobby Yancey are all charged with murder in a deadly shooting on Perry Boulevard. (FOX 5 Atlanta)

All three are in Fulton County Jail.

Police charged them in a deadly shooting on 2498 Perry Boulevard in Atlanta.

Police said the incident stemmed from a late-night fight at a Northwest Atlanta gas station parking lot that turned deadly.

Officers found the victim shot multiple times and rushed the man to Grady Memorial Hospital, where he died.

Investigators think this started as a fight between the victim and shooter in the parking lot of a Union 76 gas station. That fight spilled out across the street and ultimately led to the deadly shots being fired.