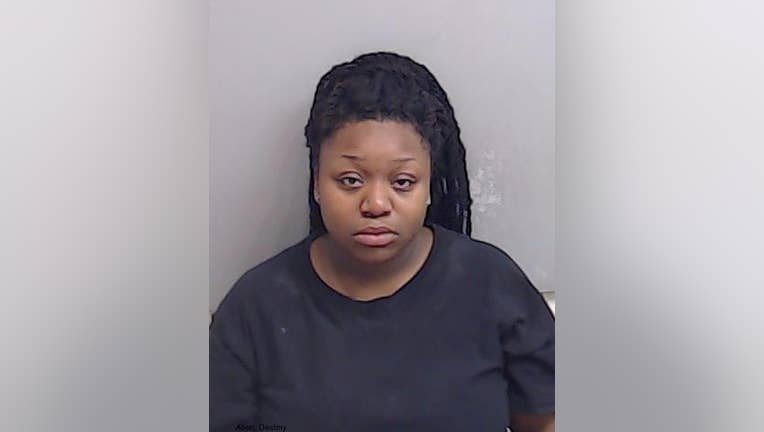 ATLANTA - Atlanta police have arrested a McDonald's employee accused of pushing another employee through the restaurant's window with her car.

Officials say there were called to the McDonald's on the 1,100 block of Northside Drive just after midnight Friday. By the time police got to the scene, the victim, identified as Zoe Gunn, had already been transported to the hospital for treatment.

According to witnesses, the incident started when Gunn tried to break up a fight between two other employees inside the restaurant.

When Gunn went outside to make sure that one of the fighting employees, identified as Destiny Allen, was leaving, police say the argument continued.

Officers say Allen put her vehicle into reverse and sped backward, sending Gunn through a windowpane at the restaurant.

Investigators arrested Allen at the scene and charged her with aggravated assault and 2nd-degree criminal damage to property.

Gunn is reportedly in stable condition and recovering from injuries to her legs.