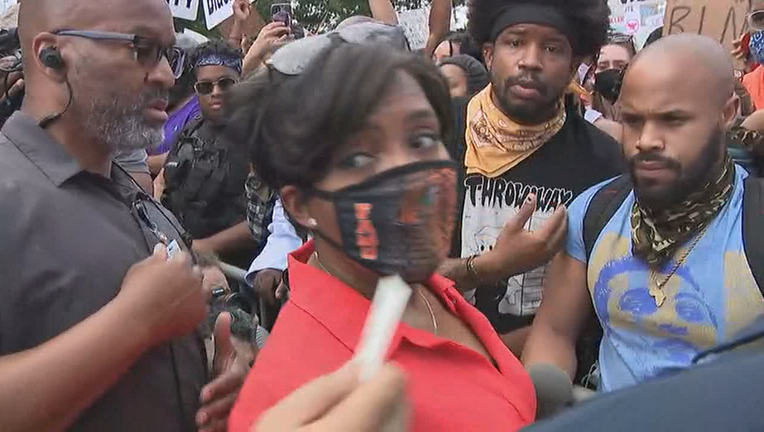 ATLANTA - Atlanta's mayor and police chief took to the streets as demonstrations over the death of George Floyd entered their seventh straight day in the city.

FOX 5 cameras caught the mayor and the police chief speaking to demonstrators ahead of the 9 p.m. curfew.

Protesters were expected to take a similar route in Thursday demonstrations as they have in the past week, marching from Centennial Olympic Park through downtown. 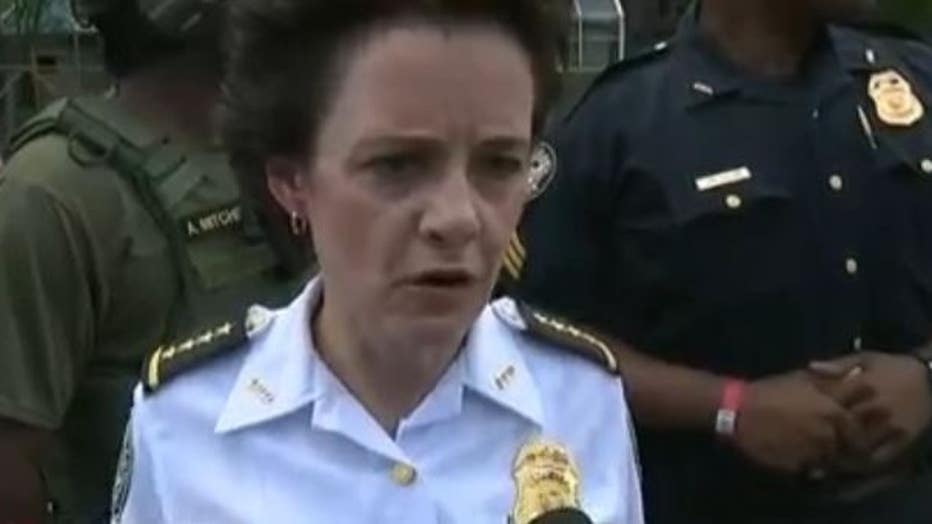 Bottoms earlier announced that curfews would start at 9 p.m. on Wednesday and Thursday and then at 8 p.m. on Friday, Saturday and Sunday. All of the curfews end at sunrise. Nearly everyone in the crowd downtown dispersed ahead of Wednesday’s curfew, and police and National Guard troops did not advance in a phalanx the way they did the night before.

The mayor has been praised for her response to the unrest which unfolded in Atlanta. Her passionate and deeply personal plea to protesters during the first night of demonstrations has seemed to resonate with many.

“You’re not going to out-concern me ... about where we are in America. I wear this each and every day," Bottoms said.

Only 6 arrests on 7th day of protests

Atlanta police say there were only six people arrested on the seventh day of protests in the city.

Bottoms announced the establishment of a commission of stakeholders and organizers to examine the city's use of force policies and "call upon them to make recommendations accordingly."

Whiled demonstrations have remained mostly peaceful since Friday, about 400 people have been arrested in Atlanta during protests over the previous four days, according to numbers released by police.

Shields had addressed crowds before. When confronted by a black woman concerned for her safety and the safety of others, Shields spoke on the use of police force and told the woman she had a right to be upset.

“I have heard from so many people that can not sleep, they’re terrified, they’re crying, they’re worried for their children – there’s a problem."

The Atlanta Police Department was thrust into the spotlight after video showed officers tasing and dragging two college students from their car during one of the nights of protest.

‘It is never OK to commit a crime in our honor’: Black protesters confront women vandalizing Starbucks

The city experienced widespread vandalism and looting after a peaceful demonstration on Friday. Georgia Gov. Brian Kemp authorized up to 3,000 National Guard troops to be deployed to cities across the state, and sent state police to reinforce law enforcement in Atlanta.