Nearly 60 people have been killed on Atlanta streets so far this year. That's nearly as many as the total number of traffic fatalities in all of 2020. Among the Atlanta Department of Transportation's plans to make the city's streets safer is reducing the speed limit to just 25 miles per hour.

ATLANTA - Nearly 60 people have been killed on Atlanta streets so far this year.

That amount nearly surpasses the total number of traffic fatalities in 2020.

Right now, the city's transportation department is working on an aggressive approach to make the streets safer.

Last year, ADOT said 65 people lost their lives in traffic crashes in the city of Atlanta, and many of those were related to speeding. FOX 5 spoke with the brother of a man killed earlier this year by a hit-and-run driver who believes his death could’ve been prevented if safer strategies were in place.

"Cars frequently drive at least like 90 miles per hour because it’s like an open road," Sardarius Head, described the area his family lives.

"Just basically left my little brother in the street to die," Sardarius said.

Loved ones told us the father of three was crossing the street near his family's home.

"My mom came out and saw him in that condition. I believe she is pretty much messed up for life having to see her son laying there like that," he detailed.

The speed limit here is 35-miles per hour.

"This year-to-date, we've actually had about 58 transportation fatalities in the city of Atlanta," Kemberli Sargent, ADOT's Vision Zero Manager, explained. 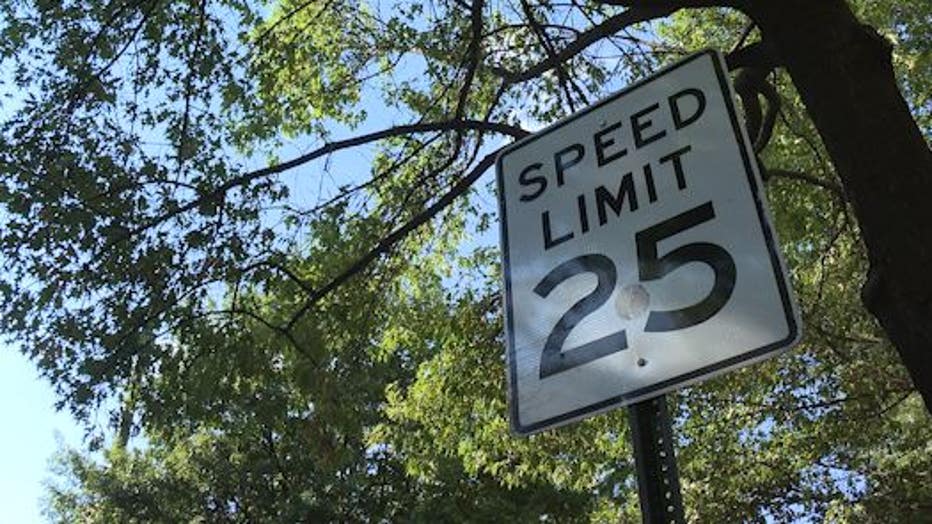 To prevent more deaths and serious injuries on Atlanta roadways, ADOT is in the process of reducing the speed limit on 75-percent of its streets to just 25 miles per hour.

"It's absolutely a long-term challenge that we are looking to face. It took us about 50 or 60 years of bad street building to get into this position so i know that it's not gonna be something that we just building our way out of in one or two years," Sargent said.

Right now, workers are in the process of changing out more than 1,000 signs including in v.

But Head's brother believes more needs to be done.

"Signs people can choose, or not choose to abate them. You're gonna slow down for a speed bump," he said.

Sargent said things like speed bumps are all part of the department's effort to redesign nearly 20 miles of road.

"When we look at re-engineering a street, we kind of look at the available space that we have and we say 'how can it be reconfigured or how can we use now signage or new ways of laying out the space so that all users can have safe access to it," she detailed.

Atlanta police did quickly arrest the person they believe was responsible for Head's death but months later, his family says their pain is still hard to bear.

"This was a very tragic situation that I feel like could have been prevented but it happened," Sardarius explained.

DOT also has pledged on its website asking people to commit to driving 25 miles per hour. They hope to have much of this project complete by the end of this year.