An Atlanta couple said they were attacked by a man who was out of bond for just nine days.

ATLANTA - Atlanta Police Chief Rodney Bryant says the department will be focusing on repeat offenders as they tackle crime this summer. An Atlanta couple knows just how important this issue is.

Eliana Kovitch and her boyfriend were outside of the Mercedes-Benz dealership in Buckhead in June of 2020 when they said they were approached by a man who started to threaten them.

They had dropped off a car and were waiting for an Uber when this happened.

"He pulled out his knife that he had in his pocket and said he had a gun and he kept telling us that he was going to kill us," Kovitch said, adding the violent words soon turned physical.

The suspect, Fakhraddivin Moore, was arrested and charged with seven felonies for the attack. However, he was released on bond five months later.

As Kovitch and her boyfriend did some digging, they learned Moore had been arrested just days before in Clayton County.

"He was taken then and put in for misdemeanor battery charges and then released. And while he was out on bond, that's when he attacked us," she said.

Records show he had been arrested at least twice before. 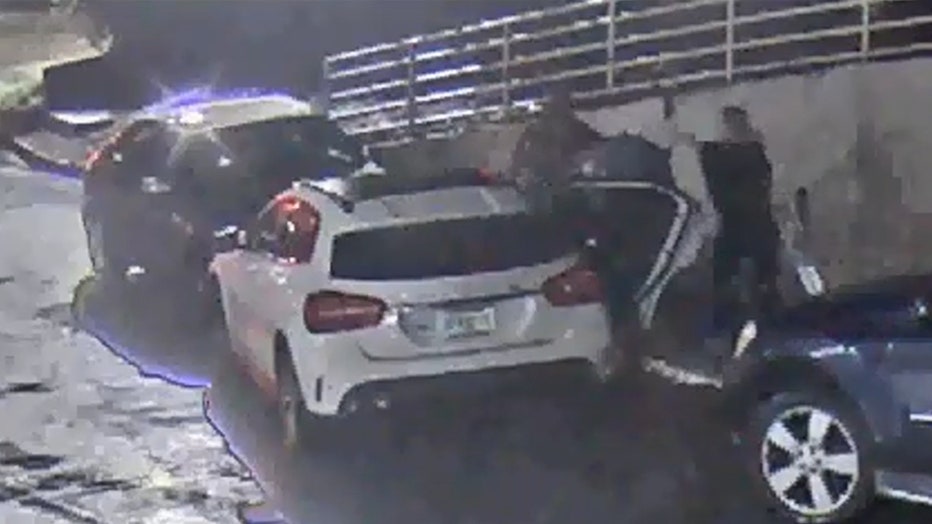 Unfortunately, Kovitch's story is all too familiar, especially to those in law enforcement.

Atlanta Police Chief Rodney Bryant announced Wednesday, the department will be bringing back their repeat offenders program, as they tackle city wide crime this summer.

"Repeat offenders continue to be a problem in the city, so we'll be re-establishing that. What that will allow us to do is to really go after these repeat offenders who fail to do the right thing after they've been adjudicated. This will give us the ability to have a better product with the DA and the courts and get them off of the street," Chief Bryant said.

Not only do repeat offenders present a safety issue, Bryant said this problem also affects officers.

"When you're arresting someone, be it a juvenile or an adult and they're back out in the same location the next day. That is a problem. It goes at the morale of the officers. I believe that us being more aggressive with repeat offenders will help us, not just internally, but externally as well," he said.

Kovitch said the system needs to change in order to keep innocent people from becoming victims.