The U.S. Food and Drug Administration has given authorization for emergency use of another COVID-19 home test that consumers can get over-the-counter, the agency announced on Monday.

The ACON Laboratories Flowflex COVID-19 Home Test is an antigen test that comes with swabs, a chemical solution and a testing strip. The results take up to 30 minutes.

"This action highlights our continued commitment to increasing the availability of appropriately accurate and reliable OTC tests to meet public health needs and increase access to testing for consumers," according to an FDA news release.

The Flowflex test is one of more than 400 COVID-19 at-home tests that have been approved by the FDA, according to the agency.

RELATED: Bill would require US airline passengers to have COVID-19 vaccine or prove negative test

"ACON Labs is continuing its pursuit of excellence in develop high quality tests in the fight against COVID-19 and we are very pleased to have been issued an EUA for our SARS-CoV-2 IgG/IgM Rapid Test" Jinn-nan Lin, president of ACON Labs, said.

ACON Labs plans to produce 100 million at-home tests a month and will double that to 200 million a month by February 2022.

As of Oct. 1, over 5.8 million COVID-19 tests were performed in the U.S., according to data collected by the Centers for Disease Control and Prevention.

Despite having more at-home rapid COVID-19 tests readily available to consumers and more than enough vaccines for eligible Americans to even get a booster dose, the U.S. continues to see COVID-19 death tolls soar. 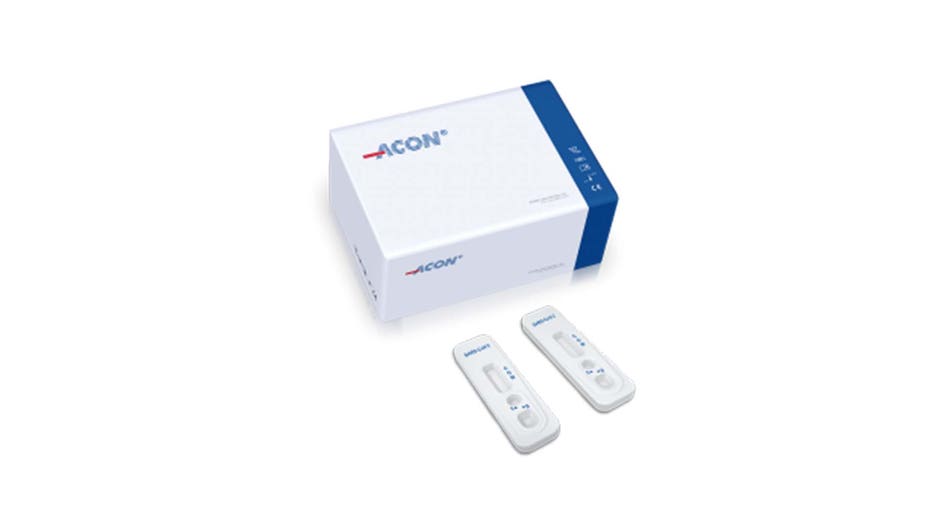 Late Friday, the death toll from COVID-19 eclipsed 700,000 — a number greater than the population of Boston. The last 100,000 deaths occurred during a time when vaccines — which overwhelmingly prevent deaths, hospitalizations and serious illness — were available to any American over the age of 12.

The milestone is deeply frustrating to doctors, public health officials and the American public, who watched a pandemic that had been easing earlier in the summer take a dark turn. Tens of millions of Americans have refused to get vaccinated, allowing the highly contagious delta variant to tear through the country and send the death toll from 600,000 to 700,000 in 3 1/2 months.

Florida suffered by far the most deaths of any state during that period, with the virus killing about 17,000 residents since the middle of June. Texas was second with 13,000 deaths. The two states account for 15% of the country's population, but more than 30% of the nation's deaths since the nation crossed the 600,000 threshold.

When deaths surpassed 600,000 in mid-June, vaccinations already were driving down caseloads, restrictions were being lifted and people looked forward to life returning to normal over the summer. Deaths per day in the U.S. had plummeted to an average of around 340, from a high of over 3,000 in mid-January. Soon afterward, health officials declared it a pandemic of the unvaccinated.

But as the delta variant swept the country, caseloads and deaths soared — especially among the unvaccinated and younger people, with hospitals around the country reporting dramatic increases in admissions and deaths among people under 65. They also reported breakthrough infections and deaths, though at far lower rates, prompting efforts to provide booster shots to vulnerable Americans. Now, daily deaths are averaging about 1,900 a day.

So far, almost 65% of Americans have had at least one dose of vaccine, while about 56% are fully vaccinated, according to the CDC.