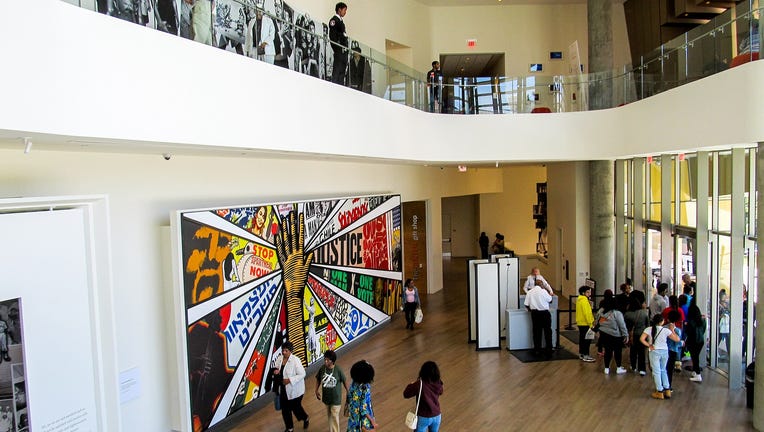 Thursday, the foundation and the Center announced that the grant would fund a $15 million expansion for a new three-story West Wing, part of the Center's plan to add 20,000 square feet.

The new wing would include a 2,700 gallery on the lobby designed for families and children, a 2,500 gallery for the Without Sanctuary Collection of postcards of lynching and anti-lynching artifacts, gallery space, and a cafe.

The top floor of the wing would feature the papers of Dr. Martin Luther King Jr."The most effective way to make progress together as a community is to shine a light on the issues that exist and to then do something about them so that everyone can feel a sense of understanding and support," foundation chairman Arthur Blank said. "We believe in the power of the National Center for Civil and Human Rights to educate, include and transform the whole of this community and this country so that together, we can create tangible, positive change."

The remaining $2 million will go to new programming that the foundation says will "connect our racial history to the present, bring diverse groups together, and make progress through conversation and leadership."

"Arthur Blank invested in the idea of an Atlanta-based National Center for Civil and Human Rights more than a decade ago, before we had a building, and has been a champion ever since," the center's CEO Jill Savitt said. "This generous gift allows us to expand our vision – to be a national organization working to help people tap their own power to change the world and to live with purpose. We hope Arthur Blank’s leadership investment invites others to join us in promoting fairness and dignity for all."

With the expansion, the center says it hopes to elevate to a national leadership role with a focus on "truth and reconciliation in Atlanta." One such effort involves changing the names of the Atlanta Race Riots of 1906 to "set the historical record straight about Atlanta’s history with race and violence."

With the new grant, the Arthur M. Blank Family Foundation has given over $20 million to the center, which includes $1.5 million that helped the center begin construction in 2013.

Blank has also pledged his proceeds from his memoir "Good Company" to the center.