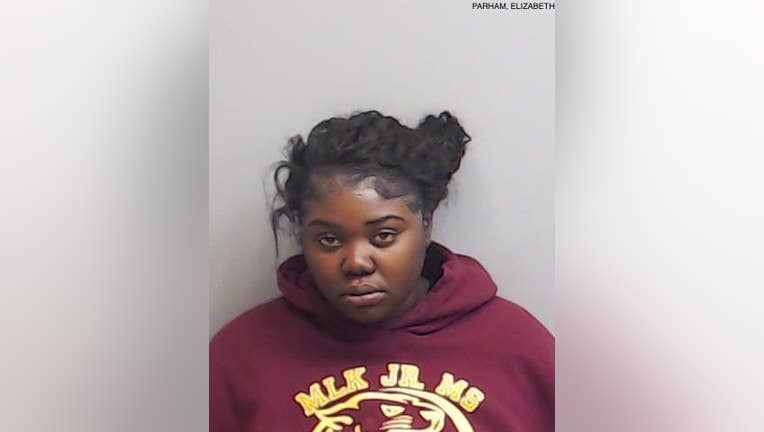 ATLANTA - Police in Atlanta said they arrested made an arrest on Friday morning of a suspect involved in the death of a 15-year-old girl outside of a Grant Park Waffle House earlier this month.

Elizabeth Parham was booked into the Fulton County jail on charges of felony murder, aggravated assault, and cruelty to children.

Parham was identified by investigators as being involved in the shooting death of Diamond Johnson who police said was a by standard struck by gunfire during a fight outside the Waffle House on Glenwood Avenue on May 1. Johnson did not survive her injuries.

Arrest made in shooting death of 15-year-old Diamond Johnson

The Atlanta Police Department discusses the arrest of Elizabeth Parham in connection to the shooting death of Diamond Johnson outside an Atlanta Waffle House on May 1, 2021.

Police said two other people were injured, but are expected to recover.

"The incident stemmed from two individual groups that were in conflict and that escalated into gunfire," said Captain Jason Smith, Atlanta Police Department.

Investigators had been looking for a series of vehicles seen at the location. On Wednesday, they obtained warrants for Parham's arrest and located her two days later.

Parham is being held without bond.