Arrest made in shooting death of 6-month-old boy

A 22-year-old man has been arrested in connection to the death of a 6-month-old boy who was struck by a stray bullet on Monday in northwest Atlanta.

ATLANTA - In less than 24 hours, Atlanta police have made an arrest in connection to a shooting in northwest Atlanta Monday that claimed the life of a 6-month-old boy, officials announced Tuesday.

The suspect has been identified as 22-year-old Dequasie Little. Atlanta police said they are confident that they have the shooter and that they will track down anyone else involved.

Atlanta police say 22-year-old Dequase Jonathan Little was arrested after a shooting where a stray bullet struck and killed a 6-month-old boy in northwest Atlanta.

What is known right now about the 22-year-old suspect accused by police of a shooting that claimed the life of a 6-month-old boy comes from public records.

Little has recently been released from the Houston County jail after his probation on misdemeanor charges battery and child cruelty was revoked back in November.

Little was also on probation on aggravated assault charges in Fulton County from 2019. Court records show he pleaded guilty to those charges under a first offense status, receiving five years of probation. 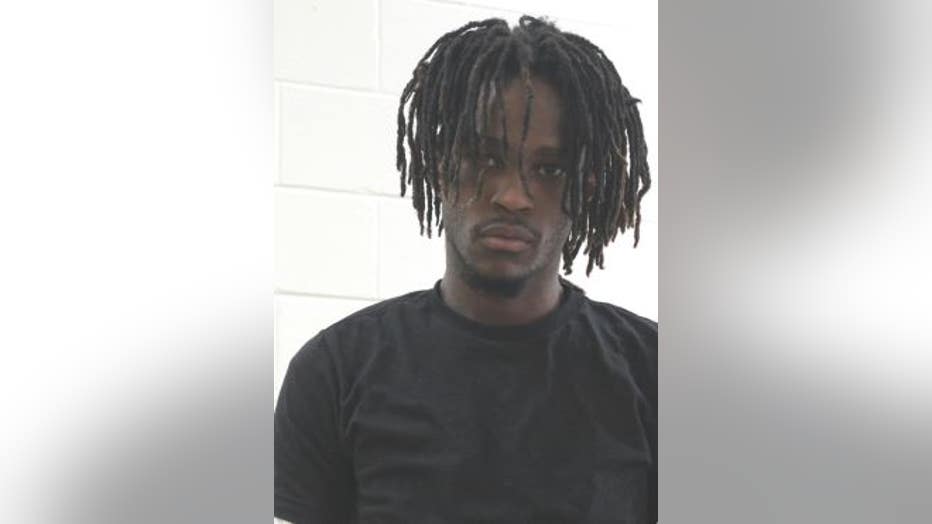 A petition was filed in October asking the court to revoke his probation, but no changes were made, records indicate.

Little is also out on bond for a misdemeanor charge in Clayton County, according to jail records, after being charged with two counts of giving false information.

Atlanta Mayor Andre Dickens came out swinging on Tuesday as police announced an arrest in the shooting death of a 6-month-old northwest Atlanta boy.

"They worked 24 hours non-stop until they resolved this issue and now a suspect is under arrest," Atlanta Mayor Andre Dickens said.

Atlanta Mayor Andre Dickens say police have made an arrest in the shooting death of a 6-month-old boy. Police identified the suspect as a 22-year-old male.

While investigators were able to quickly identify and arrest one suspect, more arrests are possible.

"I want this to be a message just not to him but to everyone that was involved yesterday that we are very early in the investigation and anyone who thinks they will commit violence in our city we are coming with you with everything we got," said Atlanta Police Chief Rodney Bryant.

"From yesterday, when this happened, until now, until this case is done in a court of law, we are working together hand-in-hand to make sure incidents like this don't occur, and when they do occur people are brought to justice," said DA Fani Willis.

Atlanta police say they have made an arrest in a shooting that resulted in the death of a 6-month-old baby boy Monday afternoon. The suspect, a 22-year-old, was taken into custody less than 24 hours after the incident.

Chief Bryant said the public played a big role in helping police catch Little. He said it will take that same commitment from the community as a whole, working with law enforcement to end the senseless violence

"I'm mad as hell that the incident occurred in the first place and the community can have a hand in this.  We've seen too many instances where people don't know how to resolve a conflict," the chief said.

The shooting was reported around 3 p.m. at a Food Mart on Anderson Avenue NW near the intersection with Tiger Flowers Drive. According to Atlanta police, there was an altercation between two adults that resulted in gunfire.

During the gunfight, a stray bullet hit 6-month-old Grayson Matthew Fleming-Gray as he rode with his family passing the Food Mart.

A 6-month-old child was killed in the crossfire after a dispute between two adults escalated to an exchange of gunfire in NW Atlanta. The governor issued a statement.

Medics rushed the baby to Grady Memorial Hospital he was pronounced dead from his injuries.

The mother of the 6-month-old boy killed by a stray bullet on Monday said his death was senseless.

She said it all happened so fast when she was trying to pull into the parking lot of a nearby market.

Mother of 6-month-old boy has message for killer

The mother of a 6-month-old boy that was struck and killed by a stray bullet in northwest Atlanta recalls the moments leading up to his death. She says her son's death was senseless.

"I know I heard a noise, I pulled off to the side, I saw two cars speed past me and when I pulled in, that’s when I had seen the gun barrel and next thing I know I get out to check on my son, and he was slumped forward," Gray said.

She said there was little indication something had happened until she saw her son.

"It hit the trunk, so there was no shattered glass, there was no crying, it was instant," she recalled. "So, we didn’t feel anything, hear anything."

She has a message for those involved or anyone who would involve themselves in similar gun violence.

"Make better life choices, please," she said. "Because the rest of us cannot live in a world where you get to be that selfish."

Police officers in the Zone 1 precinct were moved to action on Monday following the deadly shooting. While investigators worked to find those responsible, other officers worked to set up an online account to help the family.

Anyone who would like to donate can do so by going to their GoFundMe page. 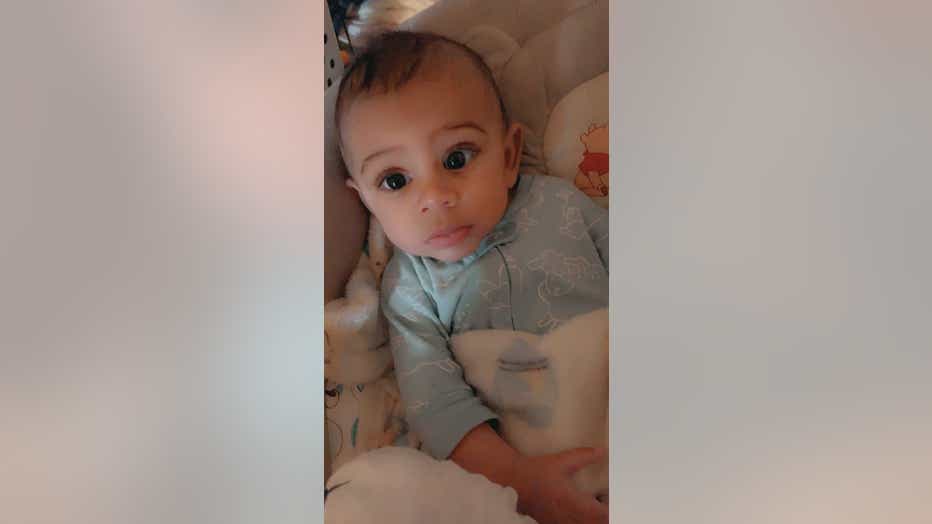 Officers also reached out to area funeral homes and churches to try to cover expenses.

Police said another way to help the family is to call Crime Stoppers with any tips about the case.

Tuesday, police shared surveillance video of a light-colored Jeep SUV driving off in the background that is a vehicle of interest.

In the video, it appears someone is pointing a weapon out of the front passenger window. 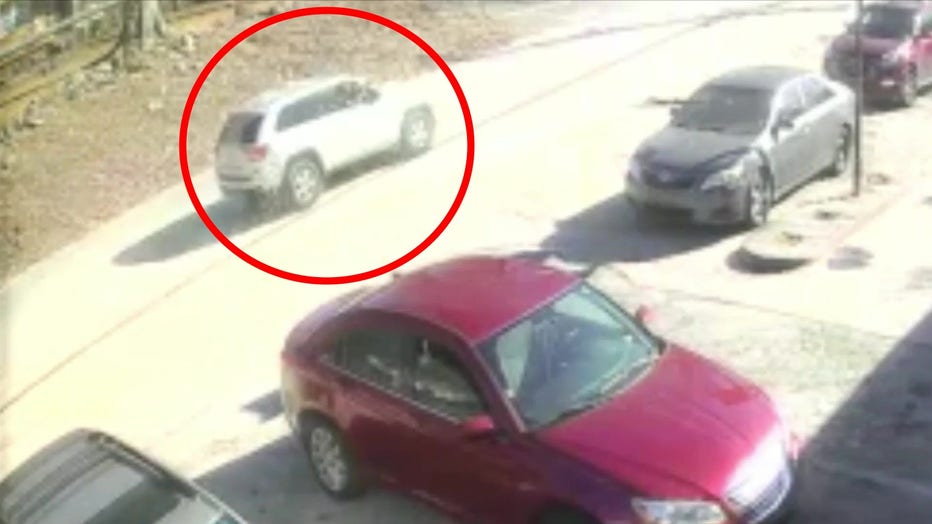 Vehicle of interest in deadly shooting of 6-month-old boy

Atlanta police have released surveillance video of a vehicle of interest in the fatal shooting of a 6-month-old boy in northwest Atlanta.

This is the third child under the age of 6 shot in Atlanta in January alone. Two of them have now died.

The first victim was a 1-year-old girl who was shot by another child with an unsecured gun inside a home on the 800 block of Harwell Road. The young girl's mother has been charged with second-degree murder.

The second shooting happened on Jan. 19 when a 5-year-old was hit by a stray bullet after two drivers started shooting at each other on Campbellton Road. Two suspects have been taken into custody in that investigation.