Police said a man accused of shooting his son was barricaded inside a home on Monday night. Police were negotiating with him for hours.

NEWNAN, Ga. - The Newnan Police Department said a man who barricaded himself inside a home after he allegedly shot his son multiple times is in custody, ending a standoff that lasted multiple hours.

Police were dispatched to the Stonebridge subdivision Monday night on Stonebridge Crossing after receiving a call of shots fired, according to a Newnan Police Department spokesperson.

Neighbors said the altercation happened at around 7:30 p.m. Police were apparently negotiating with the alleged shooter at 11:40 p.m. on Monday. 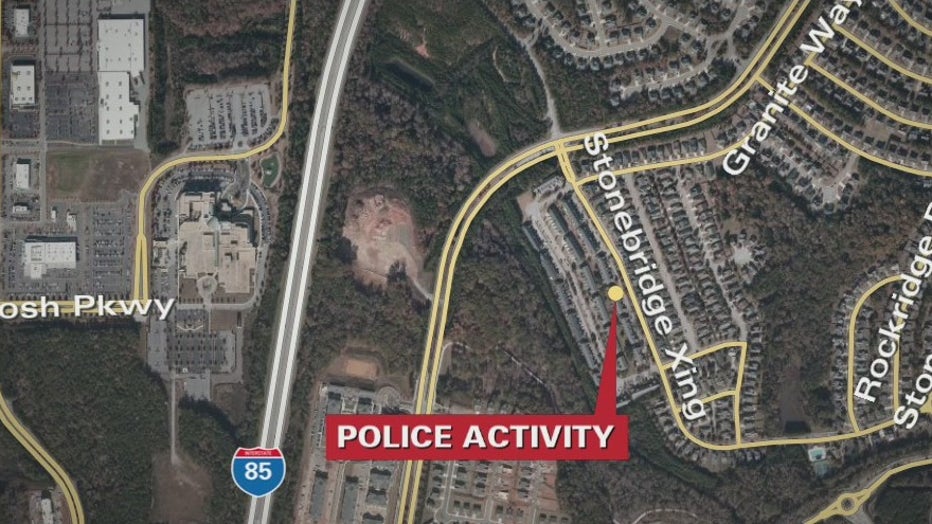 Police were dispatched to the Stonebridge subdivision Monday night on Stonebridge Crossing after receiving a call of shots fired, according to a Newnan Police Department spokesperson.

Police found a man shot multiple times and rushed him to an Atlanta hospital. Police believe the victim's father is the shooter.

Newnan police said the suspect is currently barricaded at the home, and Newnan police are communicating with him.

FOX 5 Atlanta is working to learn the victim's condition.

The suspect, who has not been identified, is in custody.

Police say all offices and neighbors were not injured in the standoff.