A call to a southeast Atlanta apartment complex moved Officer Keith Backmon to use his hazard pay to help a group of students.

ATLANTA - A call about a random shooting at an Atlanta apartment building led one Atlanta police officer to go above and beyond to help his community.

Investigator Keith Backmon has pretty much seen it all in his 16 years in the Atlanta Police Department, but he still has a soft spot for victims of crime, especially children.

It was that feeling that ignited a spark inside of him when he responded to reports of a man randomly shooting into an apartment building in Southeast Atlanta.

When Backmon got there, he saw that the bullet went through a home with two 11-year-old girls inside. 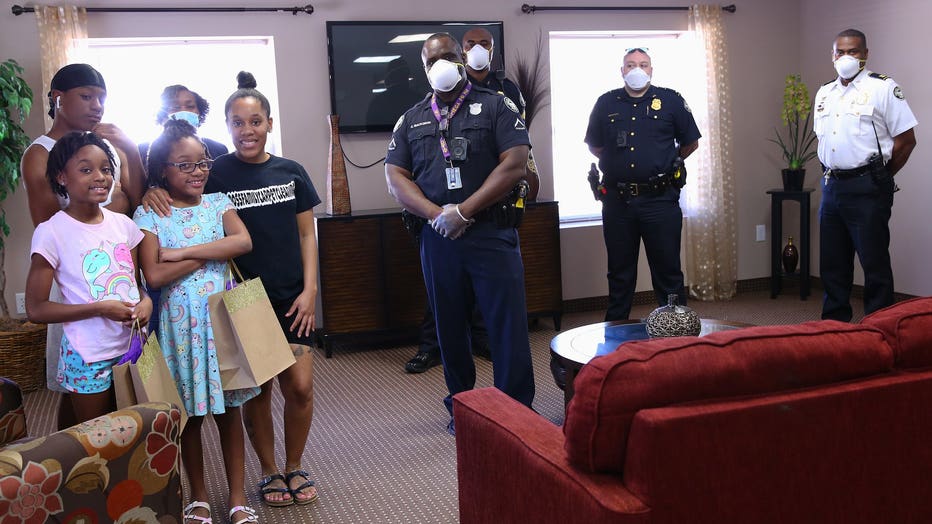 Officer Keith Backmon of the Atlanta Police Department used his hazard pay bonus to buy an Amazon Fire tablet for children, to help with their school assignments (Source: APD).

It was a feeling that ignited a spark inside of him. He wanted to do something special for kids who often aren't given the opportunity to excel.

So Backmon went out and bought the girls Amazon Fire Tablets so they could keep up with their schoolwork.

He used some of his hazard pay bonus from work to do it. But little did he know, that was just the beginning. 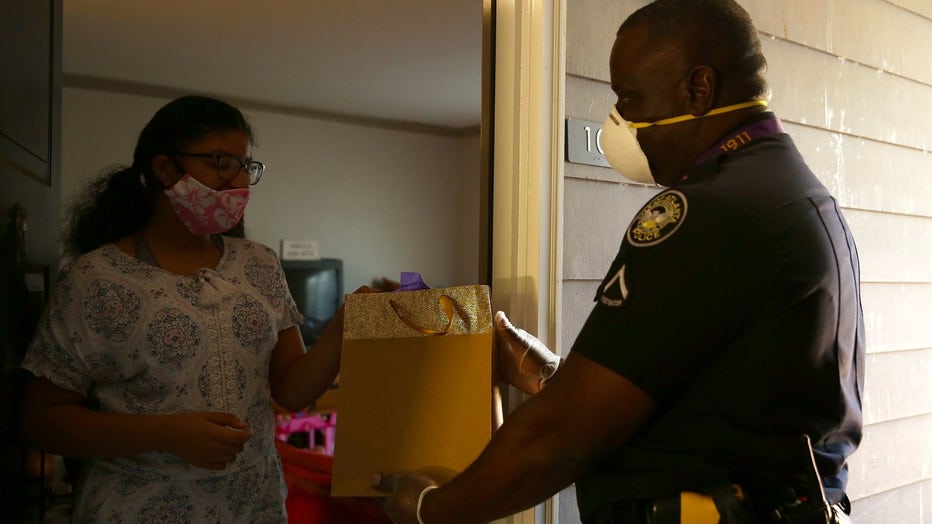 Officer Keith Backmon of the Atlanta Police Department used his hazard pay bonus to buy an Amazon Fire tablet for children, to help with their school assignments (Source: APD).

After getting the go-ahead, Backmon used the rest of his bonus - and then some - to buy tablets for five more kids at two apartment complexes. Fellow officers and supervisors were there for back-up to help spread the love.

"Ah man, They were ecstatic. They was happy," he said. "One of the moms said 'Hey, I changed my mindset about the police. I thought the police was bad, but there's some good police officers out there.' And so she was happy ... I was happy because the recipients was happy."

On top of the tablets, Backmon gave the families a cash donation to go toward setting up internet services.

Backmon hopes the students will use their gifts as an investment in their futures.

"To me, without a good education, the future may be grim for them," he said.

The law enforcement officer believes we all can help and says his own colleagues also have a role to play.

"The goal is you're trying to bridge the gap between law enforcement and the community and break down the mental 'us against them' mentality," he said.

It's a mission to which he's completely dedicated.