One witness told FOX 5 smoke was first seen from a 7-year-old’s bedroom closet, but fire officials said the cause is still under investigation.

Johnny Allison and Alita McClendon are now forced to sleep in a car, parked outside of nearby units, where neighbors are hosting their five kids between seven and 15 years old.​

The family of seven strolled by their former home Sunday. 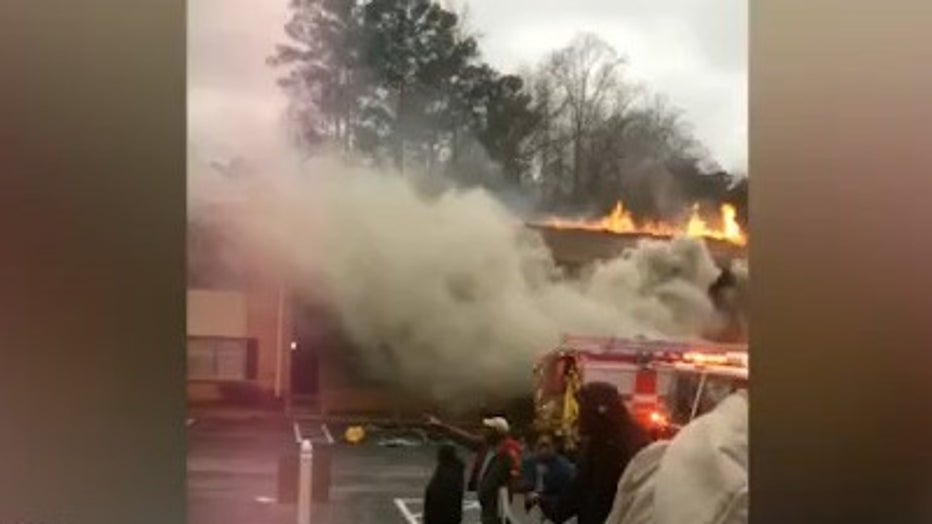 The cracked and charred exterior doesn't even begin to compare to the wreckage inside.

“There's stuff in that home that we'll never be able to replace,” said McClendon, before shedding a tear.

“At least about ten years’ worth of our lives were in there,” said Allison. “Paperwork, birth certificates, social security cards, any and everything that we own was in the house.”

Many of those documents are critical when it comes to applying for a new apartment. Allison said it’s among a slew of things that have presented obstacles in settling into a new unit.

McClendon said the sheer size of their family, finding a comparable price, and their renters' insurance that timed out a few months before the 2-alarm blaze also present issues.

The engaged couple said the Red Cross provided them with several gift cards, but they were left to find affordable housing that keeps their family together independently.

“I don't understand how the system is set up,” McClendon said. “It's almost designed to break us up, and we don't need to be apart right now. We're trying to make things as normal as possible for the kids.”

The parents’ pain was palpable, as they continue to desperately search for a replacement home just days before Christmas…not to mention replacement belongings -- ranging from important identification to clothes, furniture and holiday gifts.