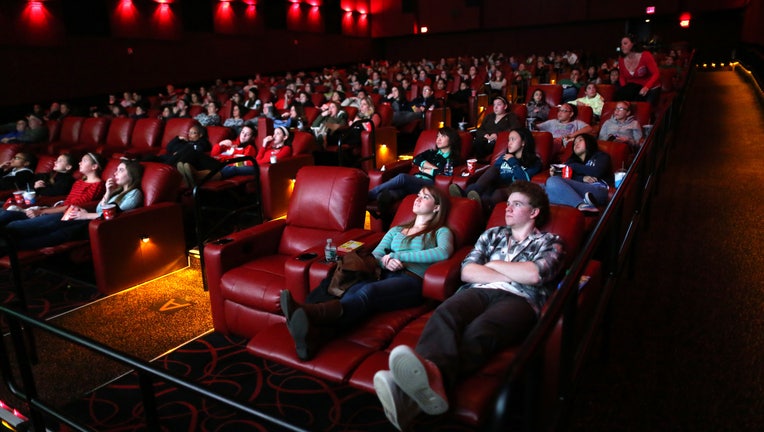 LOS ANGELES - AMC Theatres and Regal Entertainment Group -- the nation's two largest movie theater chains -- announced Friday that they are reducing their maximum capacity by at least 50% due to the coronavirus outbreak.

Beginning Saturday and lasting through April 30, AMC will cap ticket sales for each of its theaters to an amount equal to 50% of the normal seating capacity.

"With this action, we are facilitating the `social distance' between guests who still want to see movies on a big screen," said Adam Aron, CEO and president of AMC Theatres.

The company added that they are enhancing their protocols by cleaning "high-touch" areas at least once per hour.

"The health and safety of our customers and staff is very important to us," Regal Cinemas said in a statement. "We are continuing to follow and monitor official guidance from the Centers for Disease Control and Prevention and other public health organizations."

Meanwhile, the outbreak has caused Disney Studios to shut down work on several films, the company said Friday.

Production and pre-production on "The Last Duel," "The Little Mermaid," "Shang-Chi and The Legend of the Ten Rings," "Home Alone," "Nightmare Alley," "Peter Pan & Wendy" and "Shrunk" have shut down temporarily.

"While there have been no confirmed cases of COVID-19 on our productions, after considering the current environment and the best interests of our cast and crew, we have made the decision to pause production on some of our live-action films for a short time. We will continue to assess the situation and restart as soon as feasible," Disney said in a statement, according to Variety.

"The Little Mermaid" was scheduled to start shooting in London next week.

"The Last Duel," directed by Ridley Scott, has been shooting in Ireland since February.