ATLANTA - The victim of a robbery and assault turned out to be a suspected pizza delivery porch pirate, Atlanta police say.

Police say the suspected thief was a victim of robbery

Residents in the Buckhead area have recently caught a fake pizza delivery man stealing packages from their front porch on their security cameras. The so-called delivery just a ruse as the man snatched packages and left the property in a bright blue PT Cruiser. The suspect has at least stolen three packages from homes around Buckhead.

Investigators say Brown really is a driver for Pizza Hut. At midnight, Brown drove to a northwest Atlanta address to deliver some food. But it was a fake order, and when Brown prepared to carry the pizza up to the door, two men with weapons were waiting for him.

One suspect hit Brown over the head while the other rifled his pockets and took $200 in cash as well as the box of pizza.

Police responded, took his statement and got the cut on Brown's head treated. 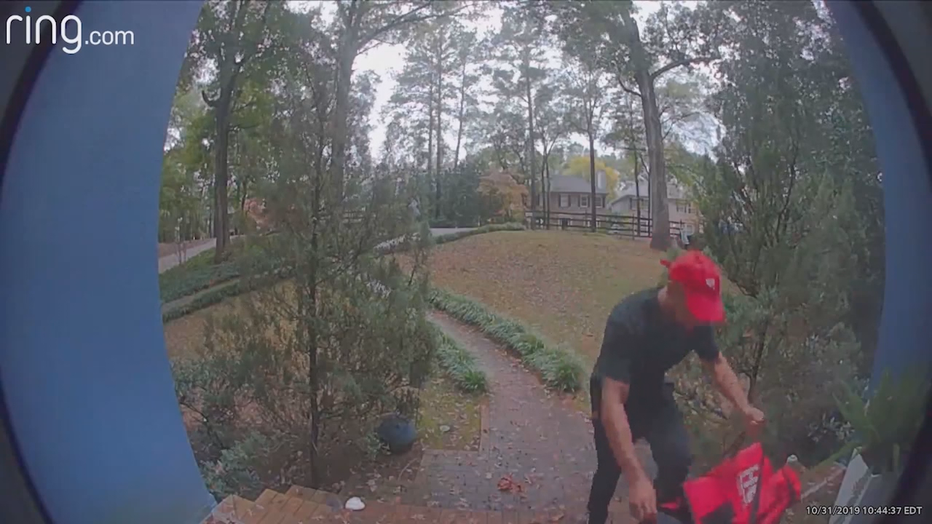 While responding, one observant officer noticed Brown had a car like the one seen in the porch pirate videos. The officer did a check and determined it was the same vehicle, officials said.

So Brown's night turned from bad to worse. The Atlanta police officers arrested him and took him to jail.

They are still looking for the pair that robbed Brown and took the pizza.