One witness said he moved his family out of guilty months after the murder. All three suspects have pleaded not guilty.

BRUNSWICK, Ga. - The federal hate crimes trial of the three men convicted of murdering Ahmaud Arbery enters its fourth day Thursday, with the jury returning to court after hearing testimony that two of the defendants frequently used racial slurs.

Prosecutors were scheduled to continue calling witnesses Thursday in U.S. District Court in the port city of Brunswick. Arbery, 25, was fatally shot just outside the city limits nearly two years ago. The white men who pursued him are charged with violating his civil rights and targeting him because he was Black. They have all pleaded not guilty.

FBI analyst Amy Vaughan testified Wednesday that Travis McMichael, the man who shot Arbery, repeatedly used the N-word and other racist slurs in text messages and social media in the months and years before the killing. They included posts describing violence against Black people.

His father, Greg McMichael, posted a Facebook meme stating "Irish slaves" in America were mistreated more than any group in the nation’s history, but investigators were unable to download evidence from his encrypted cellphone. Fellow defendant William "Roddie" Bryan also used slurs in a number of electronic messages, including several sent on Martin Luther King Jr. Day that mocked the holiday devoted to the civil rights leader. 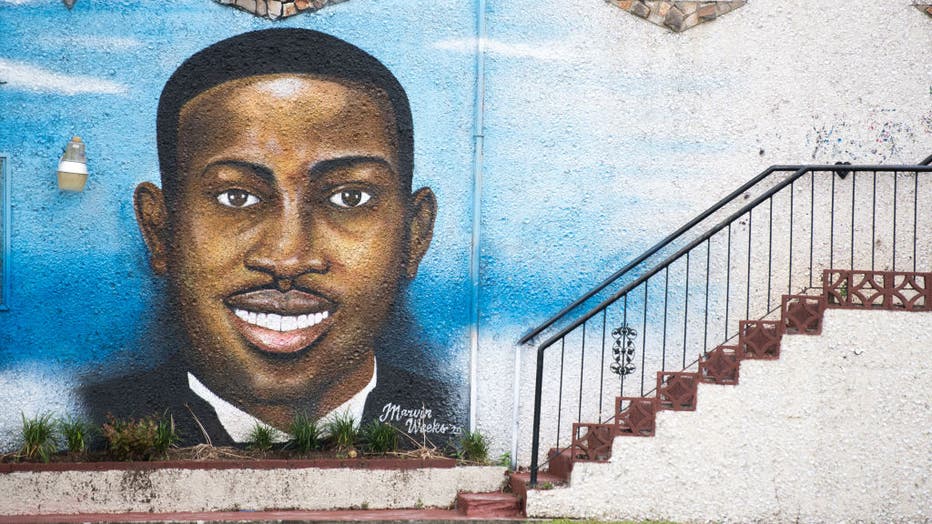 The McMichaels armed themselves and chased Arbery in a pickup truck after spotting him running past their home Feb. 23, 2020. Bryan, a neighbor, joined the pursuit in his own truck and recorded cellphone video of Travis McMichael blasting Arbery with a shotgun.

No arrests were made until the graphic video leaked online two months later and Arbery’s killing became part of a larger national reckoning over racial injustice.

Both McMichaels and Bryan were convicted of murder last fall in a Georgia state court, where they were sentenced to life in prison. Federal prosecutors have charged them separately with hate crimes, making a second trial necessary.

Defense attorneys denounced their clients’ racist messages as offensive and indefensible. But they also have said the deadly pursuit of Arbery was motivated by an earnest, though erroneous, suspicion that Arbery had committed crimes instead of his race.