Kennedy Maxie was shot in the head while she was in the car on December 21.

ATLANTA - Kennedy Maxie, the 7-year-old who was shot while riding in a car in Buckhead on Monday, has died.

The Fulton County Medical Examiner’s Office and the Atlanta Police Department both confirmed her death to FOX 5 on Sunday afternoon.

According to Atlanta police, Maxie was injured while riding in a vehicle after an evening of Christmas shopping with her family on Dec. 21. Her aunt told investigators that she was driving along Peachtree Road when she heard several gunshots. The aunt continued to drive, and a short time later noticed that Kennedy was acting strangely. The aunt realized the little girl had been shot and drove to the hospital, police said.

She underwent surgery at Children’s Healthcare of Atlanta at Scottish Rite where she had been in critical condition. 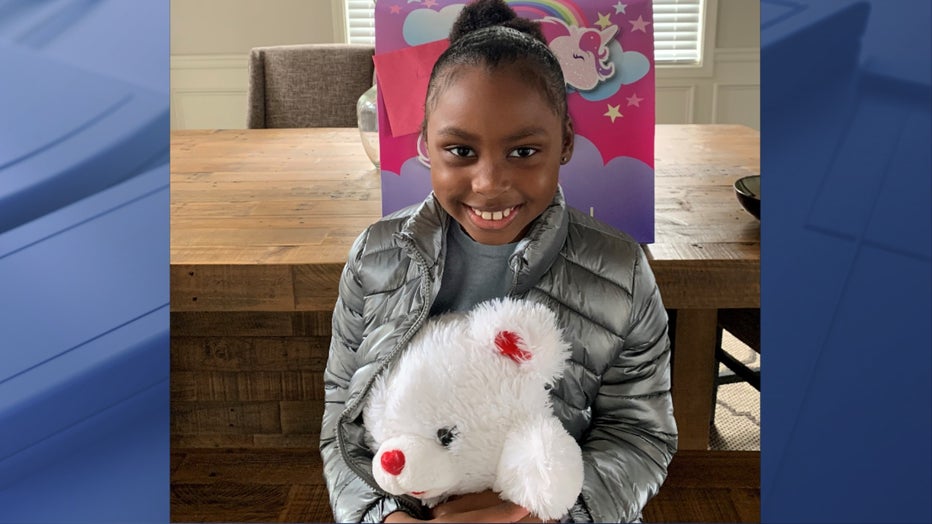 "This just underscores the continued unchecked violence in the city of Atlanta and we have to do something about this," attorney and activist Gerald Griggs said.

From city leaders to activists to entertainers like Jermaine Dupri many are calling for an end to the violence.

"I cried. I never met the child and don’t know the family. It’s just that sad where it touches you emotionally," Atlanta City Council President Felicia Moore said.

Moore also said the city council is working with the mayor's office and police to stop the violence.

"This is a time and other incidents where people need to speak up. We really need the public’s help in solving some of these issues. People need to be held accountable for their actions."

Atlanta City Councilman Michael Julian Bond noted, "We have an obligation to keep people safe at every level. We failed in this. We failed this child and we failed this family."

Bond went on to say there is a need for more Atlanta police officers.

This comes as 2020 hit a grim record of the deadliest year for the city since the late 90’s.

"Atlanta Police officials have talked all year about how the number one item stolen from cars this year have been guns. I believe there are over 1000 stolen guns out of the city of Atlanta proper," Bond said.

Crime Stoppers initially offered a $10,000 reward, which was increased to $15,000 thanks to a contribution from Attorney Jackie Patterson.

Atlanta Police are searching through surveillance outside the store. Anyone with information is urged to contact Crime Stoppers at 404-577-8477.