Loved ones say a South Fulton man was killed after being struck by multiple cars in a hit and run along a busy roadway.

SOUTH FULTON, Ga. - A young father killed after loved ones said he was hit by four cars and dragged down the road.

South Fulton police are trying to find driver who initially struck the 20-year-old and kept going.

Joshua Love's family believes he was initially hit by a street racer because he was struck while inside the median, and they said street racers often use that median lane when going around slower cars on Jonesboro Road.  They said he was making a store run to pick up snacks for his younger siblings.

"My baby could probably have had a chance, but they left him, just left him out there you know. It's painful and, at times, I get angry," Love's mother Quandolyn McFarland said.

The anger and sorrow within Love's parent's is piercing as they face a painful new reality --- they'll never see their young son reach his highest potential.

Around 9 p.m. Sunday night, Love's family said he was returning home from a store on Jonesboro Road near Bethsaida Road.

When he was walking in the middle of the highway, through the yellow striped median, the family said police told them someone driving an SUV hit Love and kept going. 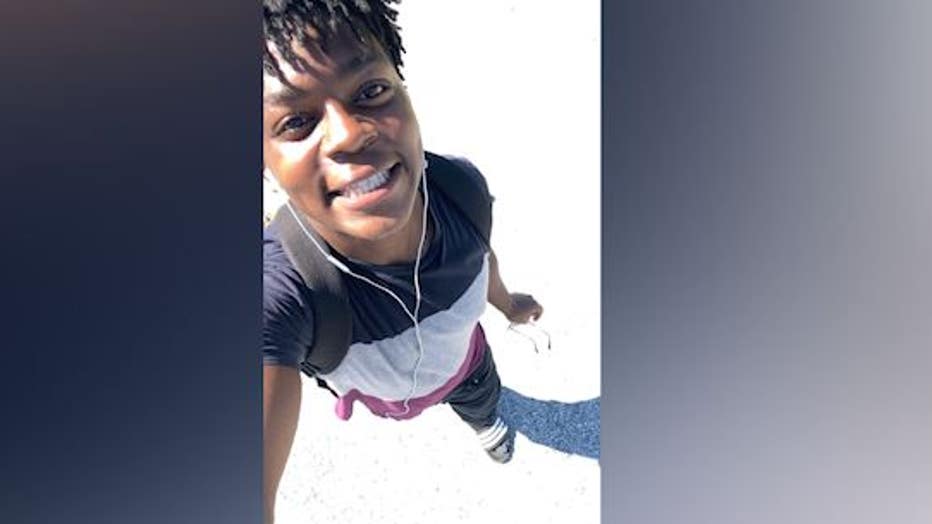 Sadly, the 20-year-old was then hit by three more cars.

"The second, third and fourth car stopped, and they did call the police," Fidel said.

McFarland went on to say that her child ended up stuck underneath the fourth car.

"This don't feel real. I was telling myself 'my brother's dead. The last thing he told me was 'be safe,'" Jalen Love said.

Coincidentally, Fidel heading home from work when he passed the crash site - unaware his son was the victim.

"Some came over me and told me don't get out of the car and I truly believe it was God telling me don't get out. He didn't want me to see my son like that," he described.

There is a pedestrian crossing sign posted along the busy highway.

However, the family said at night, this area is extremely dark without many lights or traffic signals.

"What are we going to do about this? I feel some kind of way because if we had some lights out there, maybe my son would still be living," McFarland proclaimed.

"It's just gonna be so hard to do with without him," his girlfriend Jasmine Johnson said. "I don't know how I'm gonna ave this conversation without my daughter."

The family said they've already forgiven the driver responsible for hitting him first but need that person to come forward. Anyone who knows anything about this hit-and-run, call South Fulton Police.

The family is now raising money to help bury Love. If anyone would like to help, click here.