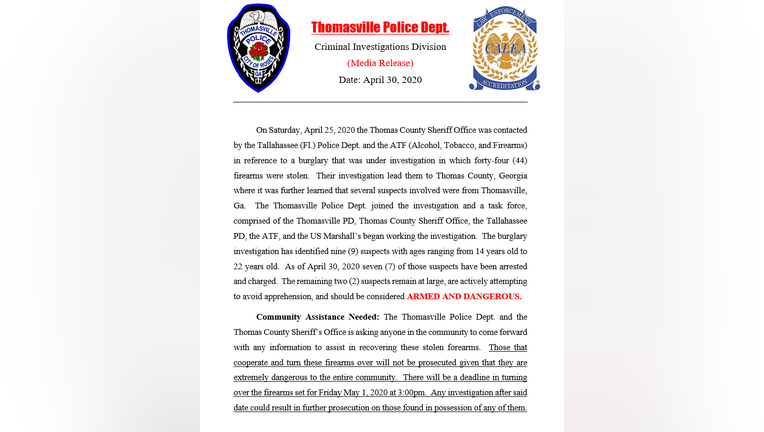 THOMASVILLE, Ga. - A total of 11 Georgia residents have been arrested for stealing dozens of guns from a store in Florida’s capital city. They include seven men charged as adults plus four charged as juveniles. 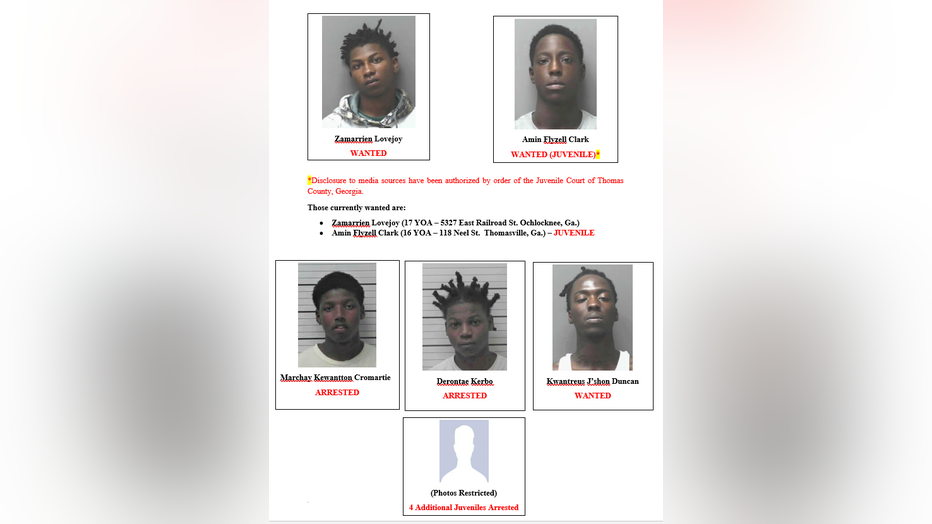 Gavin Ivey of Whigham, Georgia, was arrested Monday in Thomas County and taken to Albany, where he’s charged with murder in a weekend shooting. Knifer said the investigation shows Ivey bought one of the 44 guns stolen from Kevin’s Guns and Sporting Goods in Tallahassee on April 22.

Only one other gun has been recovered. 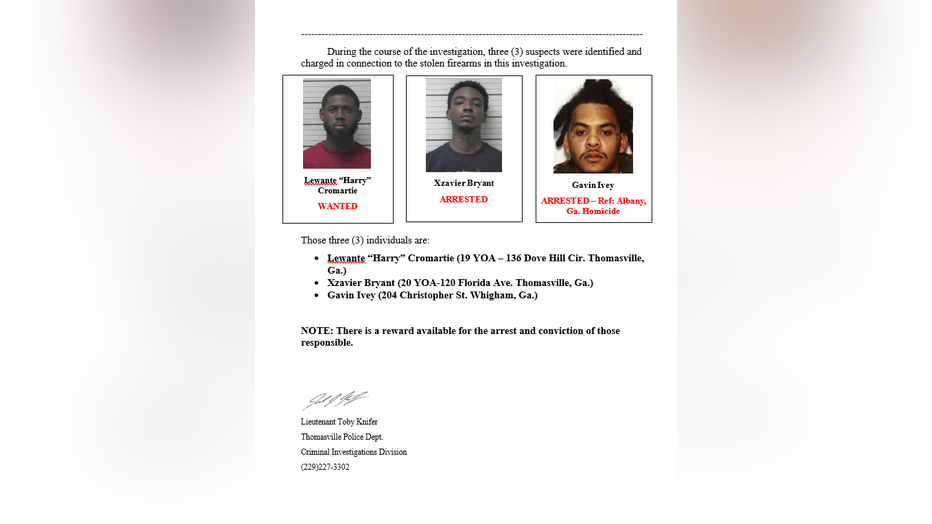 Police were saying people could turn guns in through Friday without fear of charges. After that people could be charged with possessing a stolen weapon

“We want these guns off the street,” Knifer said. “They’re dangerous. We’re not playing around. We’re running this to its end.”