MORROW, Ga. - The Morrow Mustangs withstood a late charge from the fans of East Coweta to earn their first High 5 Sports Team of the Week award. Morrow faithful cast nearly 4,000 votes to win a chance to host a Thursday morning pep rally and appear live on Good Days Atlanta. The strong showing on the High 5 Sports Facebook poll shouldn't be a surprise according to head coach Jerome Weaks, who's team has dared to dream big in 2019 behind their team slogan, "Be Legendary." 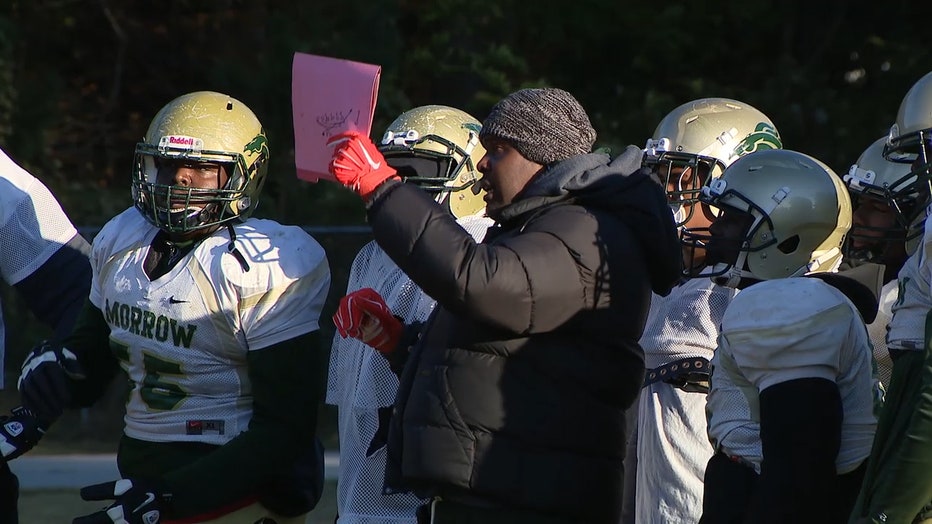 "That mantra, that cry of being legendary not only spreads through football but spreads to the track team and other sports around here," said Weaks. "Let's do some things that haven't been done in a while, like beat Tucker...We're the first team in Clayton County to ever beat Tucker dating back to 1954, so, you know, we're definitely living up to the mantra."

The bellwether 19-14 win over Tucker in week eight kick-started the Mustang's current four-game winning streak, which culminated in a regular-season win-or-go-home beat down of MLK last Friday. The 39-13 win over the Lions secured the second seed in Region 4-AAAAAA and now Morrow hosts Bainbridge at Tara Stadium in the school's first playoff game in 21 years. Weaks was an assistant coach at now-defunct Avondale High School when the Blue Devils qualified for the postseason for the first time in over two decades, so this is nothing new for the long-time assistant who became a head coach for the first time when Morrow hired him in 2016. 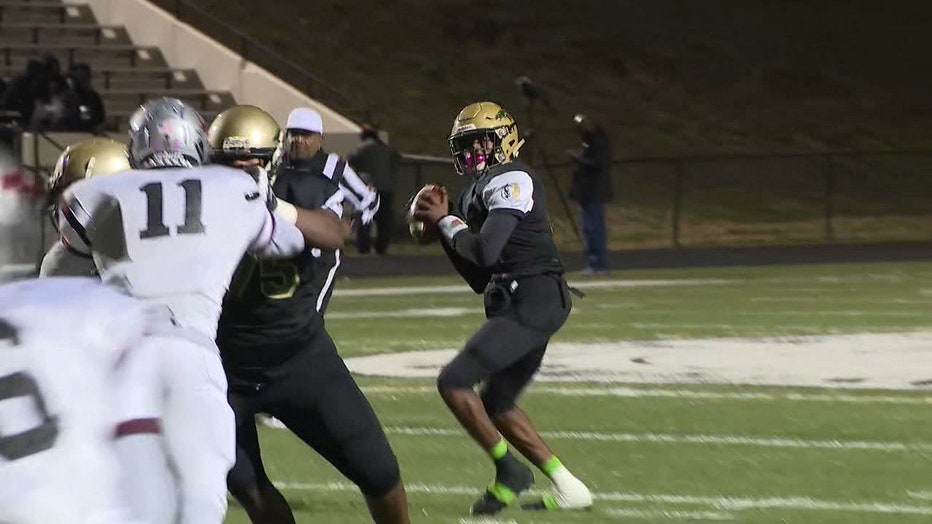 Morrow Mustangs in action during their win over MLK

"We did a similar thing at Avondale, but we actually did it in one year," said Weaks. "We took that team to the playoffs in one season and it was the first time in 24 years that they made the playoffs. That actually gave me the confidence and the wherewithal to understand that we can get this thing done."

The Mustangs are winning with a senior-rich team comprised of many players who were part of Weaks' initial class at the school.

"Everybody's seeing Morrow as the 'New Morrow'." Senior linebacker Owein Blas told FOX 5 Sports. "The class of 2020 is the best class. Coach Weaks coming into this school for four years- he's been helping us learn and we've been with him from the start and we've seen him change things and help us get through a lot; it just came as a competitive spirit."

Team of the Week

Quarterback Jimmy Calloway is committed to Tennessee, but the senior signal-caller says he's focused on a postseason run before he heads off to college. Calloway said there's no shortage of confidence at the Clayton County school after winning the final four games of the regular season.

"We've got a lot! We're going into this game to whoop some butt," Calloway said. "But, they've got history, so when we come into this game we're not going to take them lightly. They've been in the playoffs almost every year, so they know what it feels like to be in the playoffs, so we've got to come in ready."