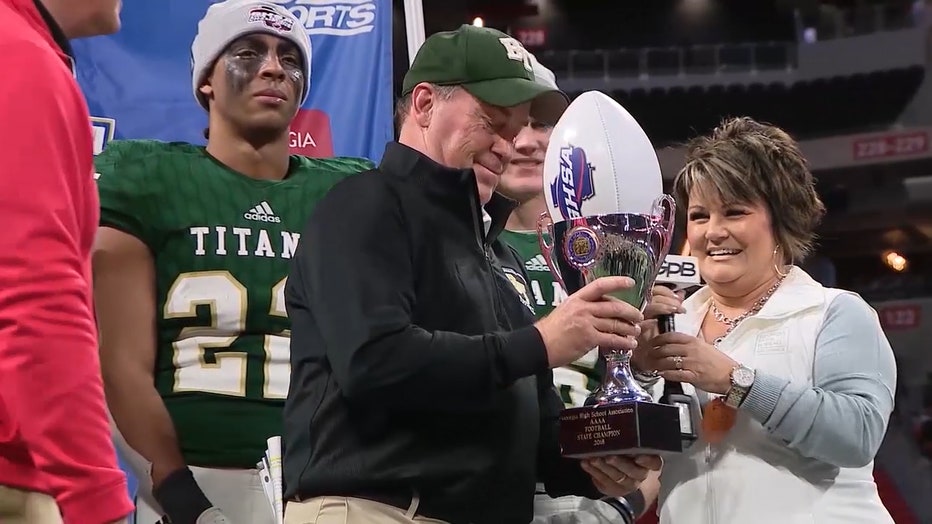 In January, the winningest coach in North Fulton history resigned as the head coach at Blessed Trinity. He told FOX 5 Sports on Wednesday that "a month (away) has been long enough for me."

Talks began between McFarlin and FCS in the last week, and he said he's "fortnate that they picked up the phone and called me."

McFarlin said the challenge of continuing to build another program drew him in, as well as exciting facilities upgrades that FCS and Paladins Athletic Director David Lowery are prioritizing.

"The school has a clear vision about where they want to go," McFarlin said. "I think Fellowship can be right there with (neighboring schools Blessed Trinity and Roswell)... Right now, I just feel like it's a program that fits what I can bring, and I think it can be really, really good."

McFarlin coached Blessed Trinity to eight region championships and three straight state titles in 10 years at the helm after inheriting a team that had never won a playoff game.

Having also coached at King’s Ridge Christian School and Roswell High School in addition to Blessed Trinity, McFarlin has a 194-54-2 career record over his 20 years as head coach. He is also one of just 15 GHSA coaches to win state titles at two different schools.

"Coach McFarlin likes to build things. I’m excited for him to take the incredible program Coach Al Morrell has helped build the last eight years and continue to build upon that success," Lowery said in the school's announcement Wednesday. "We were extremely blessed by the interest from many highly qualified candidates for our head football coach position. Our search committee worked diligently and extensively to vet the top choices."