ATLANTA - Starting in the 2020-2021 school year, girls flag football will be an official high school sport across Georgia. The announcement was made Wednesday afternoon at Mercedes-Benz Stadium, where the girls flag football state championship was being held later in the day.

The push to make girls flag football an official sport started last year with a pilot program in Gwinnett County, sponsored by the Atlanta Falcons among others. This year play expanded to several more counties, with a large response from high school athletes. Chris Millman, Falcons vice president of community relations, made the announcement to the assembled teams and coaches that the sport will be available to all of Georgia's counties starting next year. 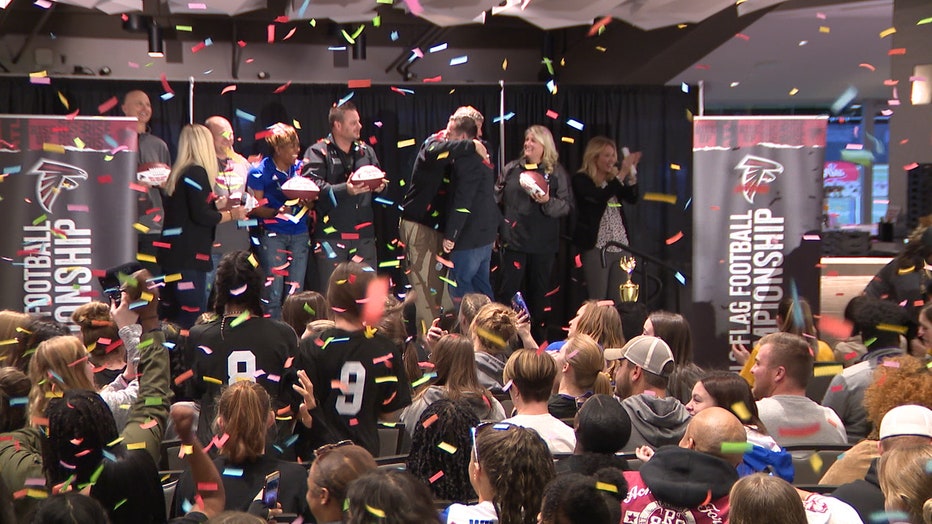 "I'm a little surprised," said Falcons president & CEO Rich McKay. "Give a lot of credit to a lot of people who pushed us. We thought this was a, 'walk, jog, run;' and I think what we did is walked and ran."

As other Georgia counties looked to the success had with Gwinnett flag football last year, and other counties this year, the hope is that the trend expands nationally. Georgia will become the fourth state to have girls flag football as an officially sanctioned sport. The NFL wants to see that number grow.

"When you start talking about the state of Georgia, you're talking about a key stakeholder," said NFL executive vice president Troy Vincent, in town for the announcement. "What Georgia does, what Texas does and what Florida does, in particular around football, the rest of the nation, you have no other choice. You have to follow."