Hillgrove vs McEachern - Game of the Week

The top-ranked Mighty McEachern Indians taking on No. 6 Hillgrove. Hawks have won this thing two years in a row but this time things are different.

POWDER SPRINGS, Ga. - They don't get much bigger than this week's High 5 Sports Game of the Week. The Battle of Powder Springs features two undefeated teams, Hillgrove (5-0) and McEeachern (5-0), opening region play at Walter Cantrell Stadium. 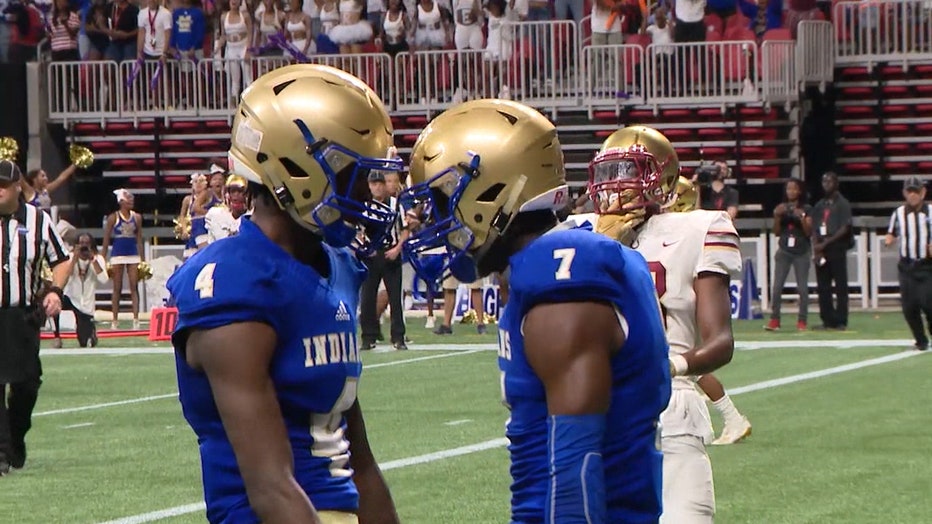 McEachern players celebrate after a touchdown

"Hillgrove is there because McEachern got too big," said 247 Sports recruiting specialist Rusty Mansell. "You have two 7-A schools that are three miles apart. It shows you how many people are there, how many people care about this. And remember now, for two years in a row Myles Murphy, the 5-Star defensive end from Hillgrove has taken the game over." 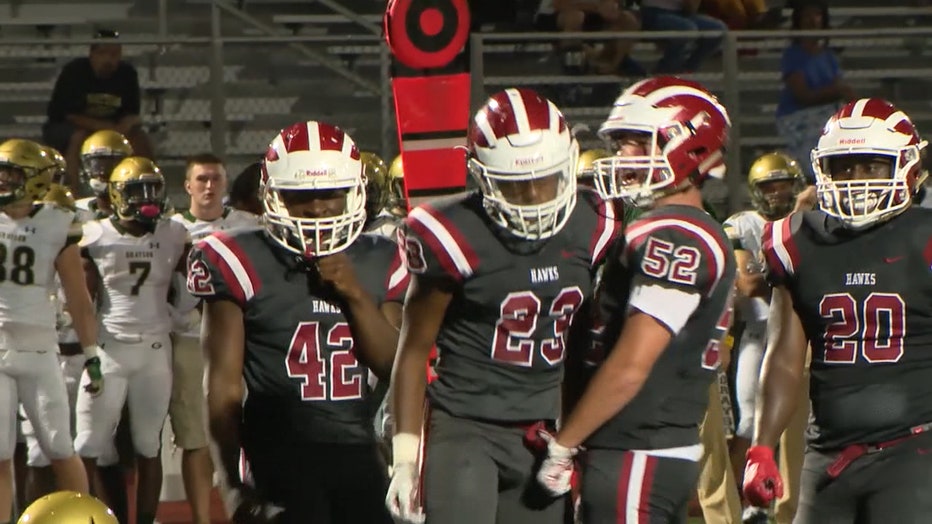 The Hawks won 31-21 last season, and they beat the Indians in the final game of the 2017 regular season 14-7. McEachern will be determined to turn that trend around under new head coach Franklin Stephens, who had successful stints at Tucker, Lamar County and Ware County before being named head coach of the Indians earlier this year. 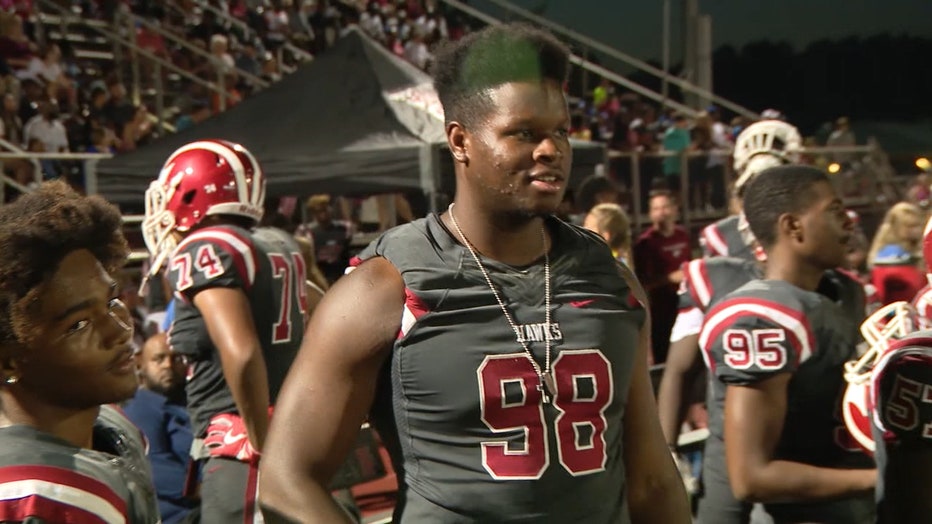 Murphy has committed to Clemson; another in a long line of Hillgrove football players expected to make an impact at the next level. Head coach Phillip Ironside has developed an impressive number of players who've ended up in the NFL, including Giants receiver Evan Engram, Broncos linebacker Bradley Chubb and Dolphins running back Kenyan Drake.

Game of the Week preview

"There's All Americans on both teams," said Mansell. "McEachern's got some great players too. Jamil Burroughs recently de-committed from Georgia and could possibly end up at Alabama. You look at Javon Baker who is the Alabama wide receiver commit-Hillgrove's gonna have to account for him. I mean, everything a high school rivalry is, is this game right here. Both schools don't like each other, McEachern hasn't won in a while, I mean this is up there for one of the games of the year."

First-year McEachern athletic director Andy Dorsey says hiring Stephens, who has won 84 percent of his games as a head coach in Georgia, has been the key to their undefeated start, and to their second overall ranking in the 7-A Georgia High School Football Daily poll. 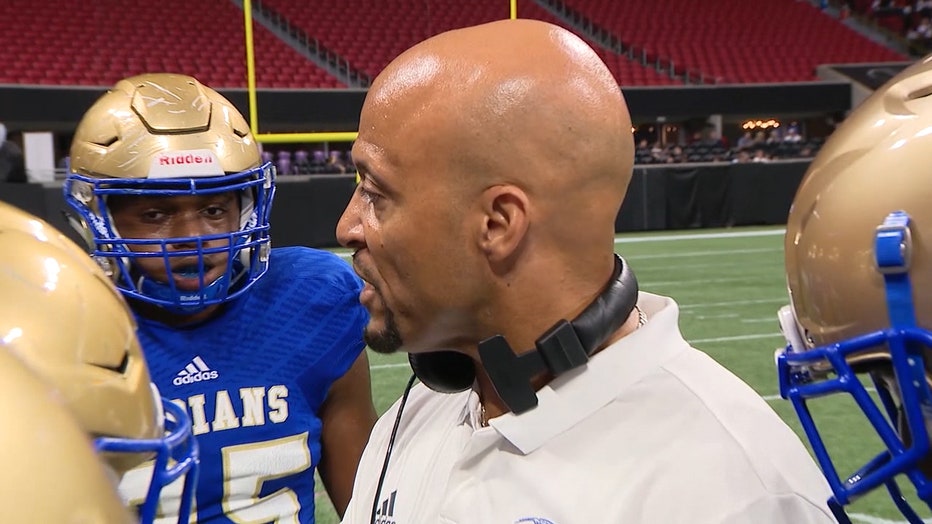 "I faced coach Stephens when I was coaching as well, so I know the style of football that he brings. He brings a lot of discipline. He brings that toughness and kind of that old-school approach," said Dorsey. "I really believe this will be a good test for us to see what kind of football team we have this year."

Friday night McEachern will recognize its latest Hall of Fame class which includes former athletes from many sports including Lee Gower (coach), Janice Hardrick (basketball), Shay Eskew (wrestling), Mark Boyd (baseball), as well as FOX 5 Sports anchor Ken Rodriguez, who played football, basketball and track at McEachern before graduating from the school in 1979. Rodriguez was selected to the all-county, all-region, and all metro Atlanta teams during his time at McEachern. 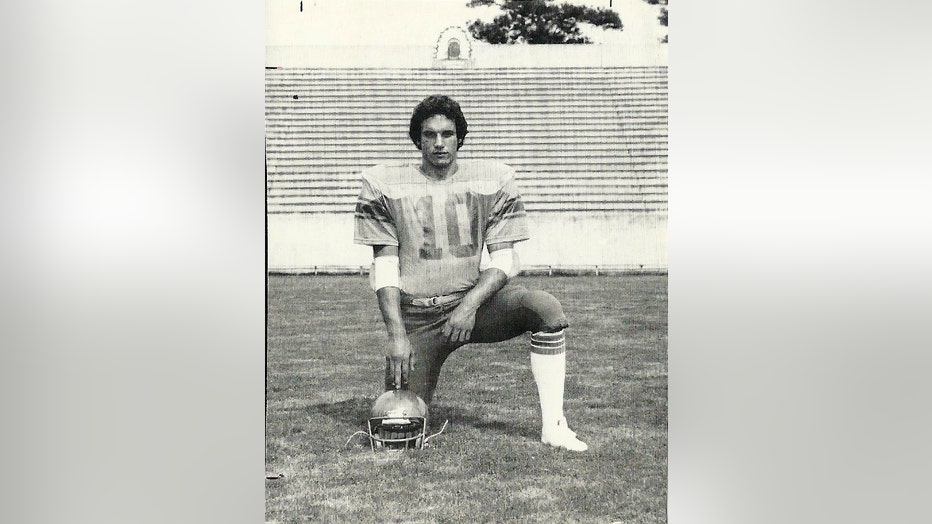 2019 McEachern Sports Hall of Fame inductee Ken Rodriguez lettered in three sports for the Indians and was voted permanent co-captain of the football team in 1978.

The crowd is expected to be large according to Dorsey, so he's asking those who haven't already purchased game tickets to purchase them online at the school's website. Tickets will be available at Cantrell Stadium box offices as well with gates opening at 6 o'clock. game tickets

Game of the Week – McEachern Cheerleaders

The McEachern Cheerleaders cheer us into commercial break

"It's a great atmosphere for high school football and the weather is supposed to be beautiful and the concession stands are gonna be firing up hamburgers and hot dogs, so i don't think you're gonna be able to ask for a better night on a Friday in Georgia."

Hillgrove versus McEachern is the feature game Friday on High 5 sports, with Bill Hartman reporting live form the field during the early newscasts, and wrapping up our coverage with a full story on the Big Show at 11 p.m.

Game of the Week – Player analysis