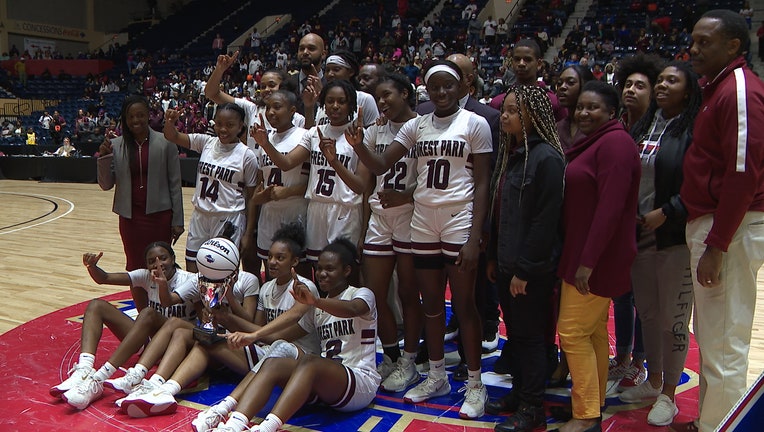 MACON, Ga. - The 50-year-long state championship drought at Forest Park has been snapped.

The Panthers were led by Joi Reid with 11 points, four rebounds and two steal, as well as Gatorade Player of the Year Sania Feagin, who added 10 points, three blocks, three steals and five rebounds.

Forest Park came out strong defensively in the first half and never let up. The Panthers allowed just three field goals and no three's before the break.